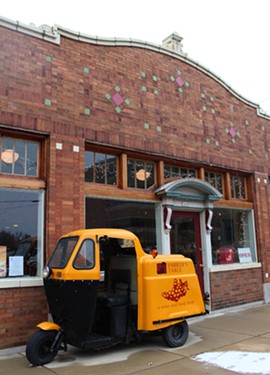 Jonathan Parker grew up in markets. His family owned a small bell foundry and sold utilitarian bronze bells at arts-and-crafts fairs. Many years later, when he arrived in St. Louis, Parker worked at the Market in the Loop; subsequent jobs included wine buyer for Saint Louis Club and winemaker at Mount Pleasant Winery.

Then came Parker's Table, on Maryland Avenue in Clayton. Opened by restaurateur Vince Bommarito, the gourmet shop's fifteen-year lifespan ended when it lost its lease in 2009.

And now we have a second incarnation of Parker's Table at Oakland & Yale (7118 Oakland Avenue, Richmond Heights; 314-645-2050), which celebrates its grand opening on Saturday, February 18, from 2 p.m. till 5 p.m. Parker's new baby is bigger than its predecessor; the space it occupies, just south of Clayton Road and east of St. Mary's Health Center, dates back to 1928, when it was a post office. Fittingly, a mail truck Parker refashioned into a food cart back in his farmers'-market days is parked in front of the shop.

Just in time for the 2011 holiday season, Parker opened his new storefront with a selection of wine, beer and a modest number of pastas, olive oils and other goods.

That was the soft opening. Phase Two of Parker's project includes the installation of a cheese counter, an expanded fresh-foods selection featuring produce from local farmers, a space for classes and education, a full commercial kitchen and more.

"It feels good to be back. It's great to see so many familiar faces," says Parker. "I didn't realize how social it was at first. People can really come in and get to know each other on a personal level here." 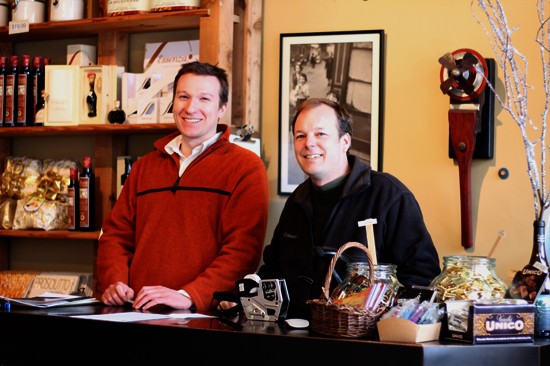 "I've always tended toward Italian wines and southern French wines just because of the compatibility with other foods on the table. The table is where people and good flavors come together. It's about the overall experience and not the individual components," says Parker, explaining the philosophy behind his shop. He adds, "Good is good. If it's good food, it doesn't really matter where it comes from or what it is. I like unique products and I'm not as interested in labels as I am in what's behind the label."