Update: (Friday, February 10,10:30 a.m.) Root posted the following via Twitter this morning: "Bud Starr has just closed down root. Sorry everyone. All reservations cancelled." More as we learn it. - Ian 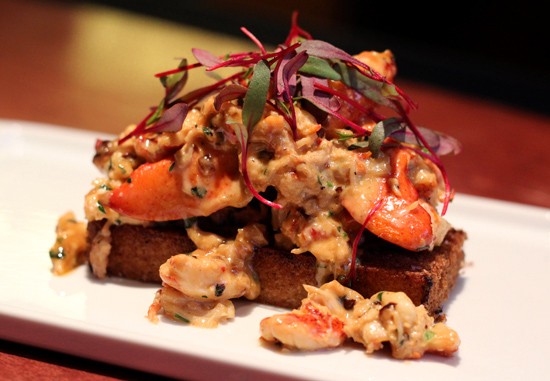 Envision a warm, open hearth with a pot of stew or suckling pig roasting. This was the image that chef Brian Hardesty imagined while dreaming up his concept for Root (1135 South Big Bend Boulevard, Richmond Heights; 314-781-2345), the space attached to Starrs wine, beer and gourmet market, which most recently housed Nosh. After being brought on as the executive chef at Nosh in September of last year, it wasn't long before Hardesty instilled a brand new ideology, staff and menu featuring old world American cuisine. 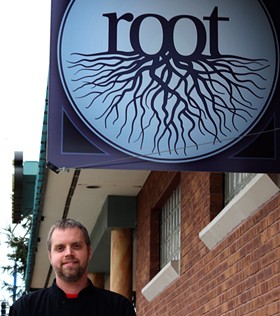 "All of the food is inspired by the colonial days of America up until the Great Depression. It's all classic American food influenced by other cultures," says Hardesty. "Some very specific things changed when people began preparing dishes in America. Those are the kinds of dishes we want to do. I'll have to create a recipe for some sauces and the time on how long to cook a piece of meat, but the recipe from any given dish is taken from history."

The menu at Root, which Hardesty hopes to alter anywhere from eight to fifteen times over the course of a year, focuses on rustic American dishes, featuring plenty of game and preserves to hold true to its colonial concept. Take an appetizer of creamed lobster with brandy and fried bread ($15), created with a recipe from Escoffier and resulting in an uncomplicated yet rich dish with a fine balance between creamy and crunchy.

Hardesty hopes to keep people guessing with his menus and doesn't offer any staple dishes per se. His constantly changing menu, which uses plenty of seasonal, local products, currently contains a list of appetizers such as grilled quail ($9), a couple of lettuce-based salads, main courses ranging from braised venison with dumplings and rutabaga ($19) to preserved wild boar shoulder with bacon marmalade ($15). There is also a special section "for the table," featuring an entrée for four, currently either a whole roasted rabbit stuffed with sausage and wrapped in bacon ($80) or a whole roasted fish (based on market price). 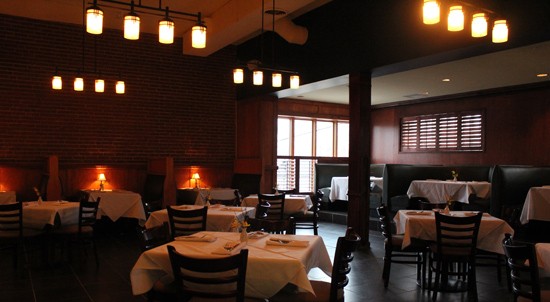 Explains Hardesty, "I keep it simple. I score the skin if I need to, season it with herbs and roast it whole with the head on. That's how it comes, and that's how I want to deliver it."

Stay tuned to Gut Check next week for a Chef's Choice profile with Hardesty featuring a recipe for his creamed lobster with brandy and fried bread. Try out Root for dinner during its business hours Tuesday through Thursday from 5 to 9 p.m. and Friday through Saturday from 5 to 10 p.m.