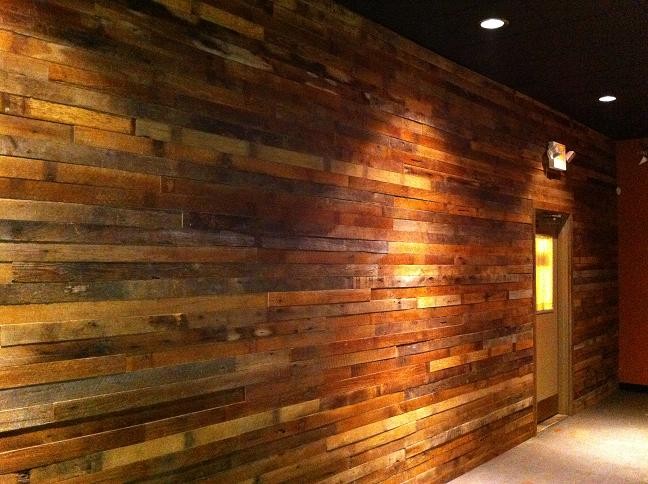 If you've visited Milagro Modern Mexican (20 Allen Avenue, Webster Groves; 314-962-4300) this week and thought that...something...looked different, you're not losing your mind. (At least, not for this reason.) Owner Adam Tilford tells Gut Check that Milagro's has teamed with SPACE Architecture + Design to update the restaurant's design.

The remodeling will take place gradually over the next few weeks, Tilford says, with most of the work being done on Mondays, when the restaurant is closed.

"[This past Monday] was the first step and that was to put up barn wood in the main wall of the bar area," explains Tilford, adding that he has spent a lot of his recent time sourcing reclaimed wood for the project.

"We are also planning on doing one large wall in the dining room in the barn wood, as well as the entrance way."

Another new design feature will be steel plates with Mexican-inspired cut-out patterns that will be used as screens and a lowered bar ceiling, the latter of which will create an effect that SPACE envisions as resembling "being underneath the canopy of a tree." Look for that design feature to be installed in late February or early March.