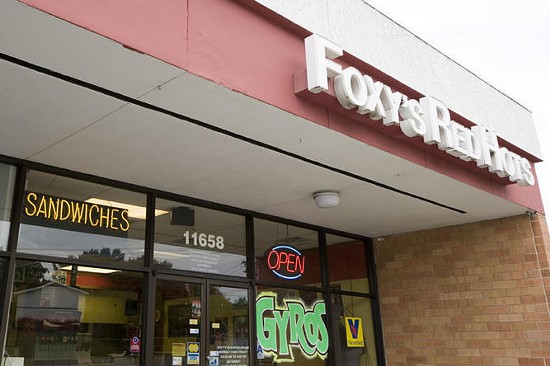 Just yesterday Gut Check included Foxy's Red Hots (11658 Dorsett Road, Maryland Heights; 314-770-2440) in our "Seven Best Hot Dog Stands in St. Louis" list. A commenter let us know that Foxy's had closed and that people were "emptying out" the restaurant.

Indeed, Foxy's phone number has been disconnected. The restaurant's Facebook page remains active, though the two most recent wall posts are from customers sad that it has apparently closed. Based on previous wall posts, it was open and serving customers as late as last month, though there are several comments from the end of last year suggesting that the restaurant had been keeping irregular hours.