Savory and Sweet Treats at Desserts on the Boulevard 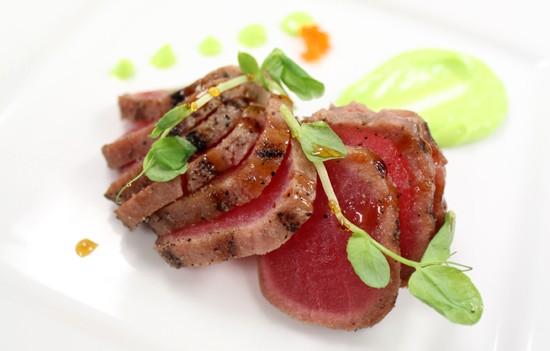 The new year brought a new place of indulgence to Midtown. Desserts on the Boulevard (3949 Lindell Boulevard; 314-533-3377), an upscale bistro, bakery and wine bar owned by Deverick and Catina Miller, opened its doors to the public officially on January 3 with a full-service savory menu and fully-stocked bar ripe for entertaining. Gut Check met with DotB's kitchen and bar staff to get a peek into the menu's offerings as well as a preview of a brand new dessert menu, including unique "flavor tripping."

Make no mistake -- DotB is much more than just a way to sate that sweet tooth. Executive chef Neil Al-Kobri, who has worked at Coastal Bistro & Bar and the former Mosaic Bistro Market as well as BARcelona Tapas Restaurant and Luciano's Trattoria, describes his savory menu as simple but elegant, using the freshest ingredients possible.

Al-Kobri, along with his small kitchen staff, worked together to develop individual items on the diverse dessert menu to supplement slices of desserts available from Hank's Cheescakes. Pastry chef Cinnomin Brothers says patrons can expect everything from classical components to deconstructed desserts. Brothers' own concept, the "Cherry Apple Romance" ($7.99) features a maraschino reduction with apple panna cotta and honey-mascarpone mousse. 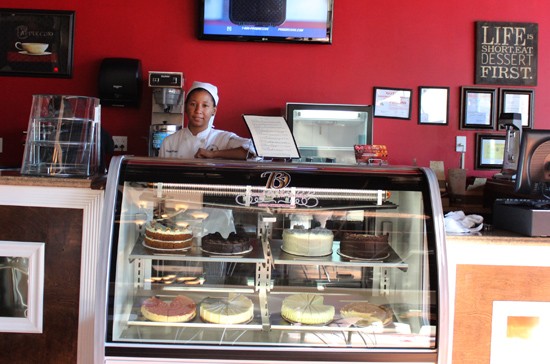 Perhaps the most sought-after dessert so far is "The Obsession" ($7.99), which utilizes miracle berry to neutralize sour tastes and enhance sweetness in an experience DotB refers to as "flavor tripping."

"Neil basically chooses some things that are bitter or sour and composes them with a peel from a miracle berry," says Broters. You place it on your tongue, it dissolves and turns off your sense of bitter or sour. It's a really cool, untraditional exploratory dessert." He adds that pairings have included items like lemons, goat cheese with a balsamic reduction, citrus soda with cranberry juice and even dill pickle chips.

Bar manager Andy Printy, who has tended bar at The Four Seasons' Cielo, Del Pietro's and Luciano's, assembled his drink menu with decadence in mind as well, with all juices, syrups and reductions made in-house. "A lot of our drinks lean toward the richer, dessert side of things. I like to be a little culinary behind the bar," he says. 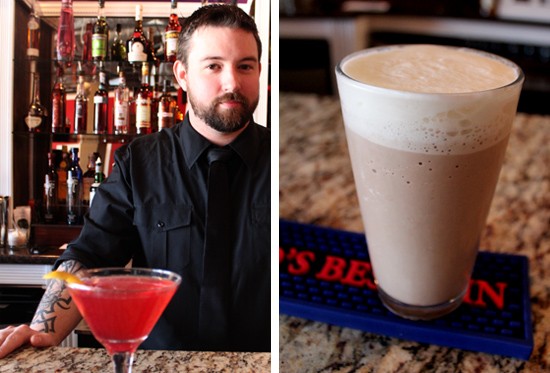 He recommends the "Cosmic Cosmo" ($9), featuring moonshine infused with cranberries, Cointreau and fresh lemon juice. For designated drivers or simply non-drinkers, he crafts a beer milkshake ($6) featuring a Guinness and chocolate reduction blended with Serendipity ice cream and topped with a shot of RumChata-infused whipped cream cleverly leveled off to resemble a pint glass of poured beer.

DotB is open Monday through Thursday from 11 a.m. to 10 p.m., Friday and Saturday from 11 a.m. to 1:30 a.m. (kitchen open until 11 p.m.) and Sunday from 2 p.m. until 10 p.m., with occasional live entertainment including jazz and blues performances. Check out the Desserts on the Boulevard Facebook page for updates, and reserve your own "flavor tripping" party by calling 314-533-3377.