Last fall, Ian reported on a new coffeehouse coming to south city, Sump Coffee. Gut Check followed up after the opening to get a closer look into the cafe's offerings. 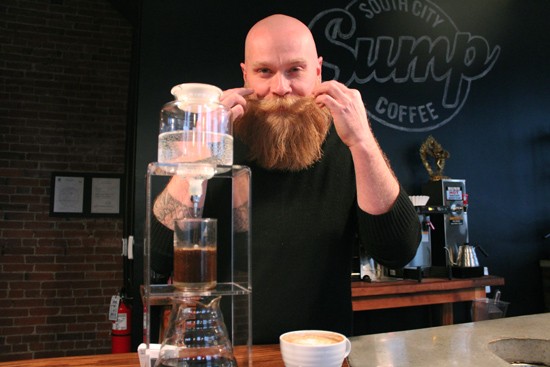 Scott Carey says he just might be obsessed with coffee; however, his fascination isn't that of the typical everyday caffeine junkie. At Sump Coffee (3700 South Jefferson Avenue; 917-412-5670), which opened last month in south city, he represents what's known as the "third-wave"coffee movement: artisanal beans, exacting brewing methods and an appreciation for the subtleties in each coffee experience.

Inspired by java mantras in New York City, where he resided for a dozen years working as a patent attorney, Carey sought to build a space in his hometown of St. Louis where coffee is treated like wine or a high-end single-origin chocolate, rather than merely as a caffeine-dosing mechanism. He strives to showcase different coffee varietals and origins through a number of brew methods.

"One day, I went out and got a latte to go at 9th Street Espresso in New York," Carey says. "A guy named Bob from Oregon made this coffee and put a rosette on it, and I had a double take. It was sort of a sleepy experience. It was just beautiful. The presentation was shocking for something I was just going to cover up with a lid. It created this quest for me to find better and better coffee -- to explore coffee, see how it's made and understand it."

During an already-sold-out "Coffee Brew Methods" course to be held on Saturday, January 14, he'll discuss the various methods by which he experiments on his imported beans, including French press, machine/Bunn automatic brewing, cloth drip filter, siphon filter, Chemex and Kyoto drip or cold-drip, demonstrating the spectrum of flavor clarity versus body. 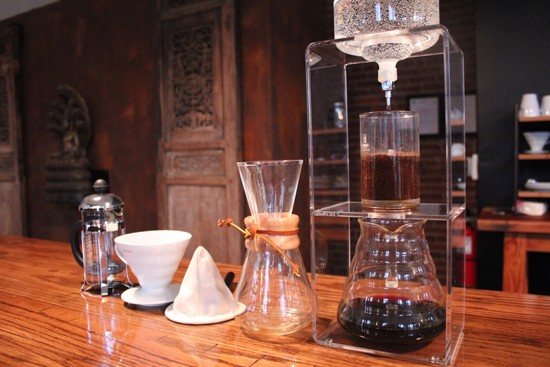 As a prime example of this, his flagship Slayer espresso machine uniquely allows the control of brew pressure. "That's why you spend good money to buy a good bean -- for those nuance notes....You want the bean to be experienced. I try to keep all the drinks to their definitional origins."

A window exists in which coffee provides optimal flavor, explains Carey, who hopes to offer a bean or blend that represents well in a cappuccino or latte on a regular basis. He also plans to feature small roasts every seven to fourteen days to help give people an idea of what's possible in coffee and espresso, using Coffee Review, the world's leading coffee-buying guide, to help with his selections. Explaining that an increase in coffee prices over the next ten years will cause a market division for regular caffeine needs, Carey reinforces that he stands behind showmanship, quality and indulgence in each cup. 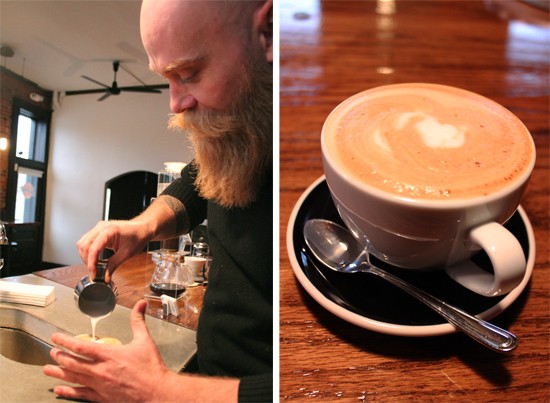 "The purpose of the shot is to craft coffee, not to serve coffee," says Carey. "The important thing I've learned so far is that you have to find something you're passionate about but that is continually challenging -- not so far that you can't reach it but you periodically touch it. Coffee is very complex. Some days, I feel like I've had the best cup of coffee in my life, and other days, I wish I could taste every drink that's going out."

Further inspired by a video of Cartel Coffee Lab in Tempe, Arizona, Carey says, "It's not like you come and look at a board or menu. I want to engage you. I don't just want to meet and exceed customer expectations. I want to give customers an experience they don't even know they want yet. That's so significant to me. I want you to start down the path I started down with coffee, be excited and demand more whether it's at my shop or some other shop."

Stay tuned to the Sump Coffee website for classes and tastings in the near future, including a single-origin coffee and chocolates event that explores food geography in the works for February. Stop into Sump Coffee during its current operating hours from 7 a.m. to 2 p.m. Tuesday through Thursday, Friday from 8 a.m. to 3 p.m., or Saturday and Sunday from 10 a.m. to 3 p.m. ("closed Mondays for beard maintenance") to get a personal recommendation based on individual palates from Carey himself.