With corner bars inhabiting infinite crevices throughout St. Louis city, the ability to set them apart can prove tiresome. Maggie Ginestra and Mike Stasny, however, set the bar for Mayer's Bakery, their business-to-be, on a completely different par filled with imaginative art, locally developed snacks, a shifting drink menu and an interactive bar-building experience.

For every six weeks until the bar's opening, the couple will throw a party open to the public to actively refine and generate ideas for their space on the corner of South Jefferson Avenue and Pestalozzi Street in south city. This includes everything from the menu and décor of the place to its social workings and, of course, a physical bar-top, which has yet to be born. 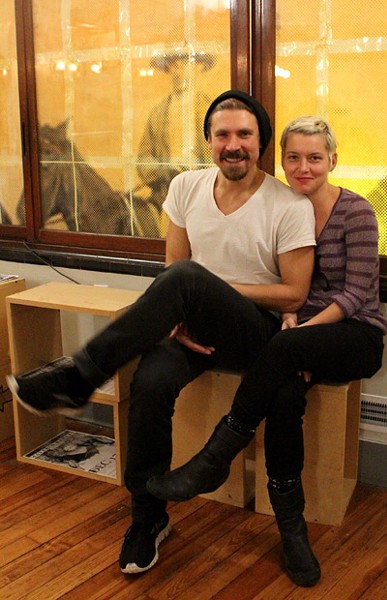 "It's this really open-ended idea to show where we've come in our development so people can see us grow and can contribute to what might eventually happen. The way that manifests is completely open-ended," says Stasny, who took several portraits of visitors at the first bar-building event on December 17 which he'll later incorporate into the bar's interior. The event also featured free Fitz's root beer samples mixed with various spirits and scorecards developed by Ginestra as an experiment to see what combinations would work best on their menu.

The multidisciplinary pair with rich backgrounds in fine arts, poetry and music often found themselves as artists in charge of spaces that invited creative work, such as Ginestra's cofounded arts fundraising event SLOUP, which earned the honors of best arts organization in the RFT's Best of St. Louis 2010 edition as well as the RFT's Mastermind award in 2010.

It wasn't until the two guest-bartended together for the first time at the Crack Fox featuring a weekly event for friends called "fashion hour" that they decided to move forward with the idea of continuous programming in a sustainable space to engage an all-inclusive creative class of individuals.

"The bar seemed to be the next evolution as a creative hodgepodge of entertainment, fun and intellectual arm-wrestling," says Stasny.

"It helps us making our artistic life sustainable but also takes the pressure off of the community to have an intense art time and have drinks rather than go to an opening," adds Ginestra. "We're coming to solutions in our minds about economics, artistic intention and fun and rigorous dialogue in relationship to art." 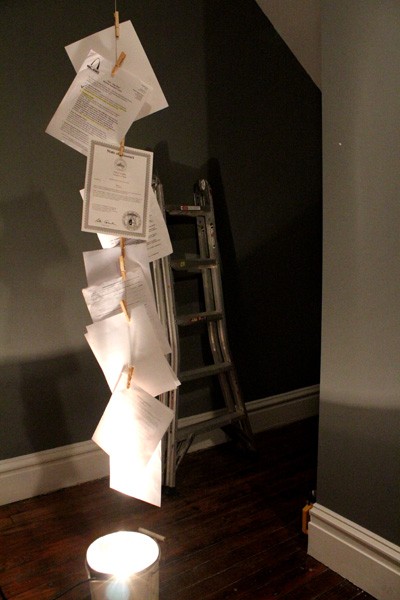 The couple works closely with property manager Jason Deem to create a community-based space for the neighborhood and still stays in touch with the Mayer family, who served pastries and breads out of their traditional German bakery until about fifteen years ago. Since then, Black Bear Bakery also occupied the building.

Expect to see plenty of local collaborations including bar snacks like cheese wafers and radish salsa from Local Harvest. Some other ideas on the horizon include small focus menus, sippable tequila and a consistent menu of rum concoctions.

Mayer's Bakery's next bar-building party will take place on Thursday, February 2, at 5 p.m. It's themed as an "Unemployment Ball." The shindig celebrates how losing a job can open doors. The cosmopolitan-centric event promises fun while looking fancy with a complimentary small menu of savory martinis, "shitty beer in flutes" and Stasny's art for sale, with proceeds going toward bar capital. Keep up with details and other developments via the Mayer's Bakery blog.