So we're not sure what it says about us that when we heard that the Girl Scouts were introducing a new cookie this year called Savannah Smiles, a synaptic explosion in our otherwise booze-addled brain led us quickly from apple-cheeked innocents selling sugary treats to one of the darkest moments in an industry with no shortage of seedy tragedies from which to choose.

First, though, the cookies, which shouldn't be confused with Savannahs, one of the names by which the Girl Scouts' peanut-butter cookies have been known throughout the years.

According to the Girl Scouts' official blog, a Savannah Smile is a "cool and crisp lemon wedge cookie."  The nutritional info on the Girl Scouts website reveals that this lemony treat contains less than 2 percent of lemon-juice solids and lemon oil, but, then again, Samoas contain no actual Samoans, and they're still fucking delicious.

(Note: Gut Check has a love-hate affair with Samoas, and with Girl Scout Cookies in general.) 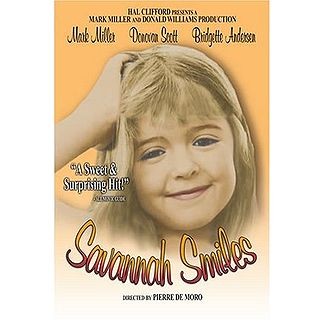 At any rate, the cookie's name is a nod to the hometown of Girl Scouts founder Juliette Gordon Low. (Savannah, not Smiles.) However, Savannah Smiles is also the title of a neglected 1982 comedy classic in which the six-year-old daughter of a U.S. senatorial candidate runs away from home and ends up in the care of two bumbling criminals. Pat Morita of The Karate Kid fame is also involved, so Gut Check unequivocally recommends that you watch this film. 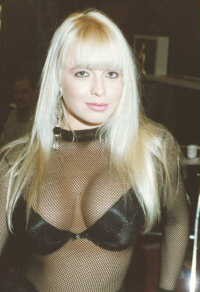 In 1994, upon returning home after wrecking her car, she shot herself in the head and died.

In a cruel twist of fate, three years later, Bridgette Andersen, who played Savannah in the 1982 film, died at the age of 21 of an accidental drug and alcohol overdose.

All of which leads Gut Check to ask: Girl Scouts of America, do you not know how to use Google?

Seriously, though, Gut Check left a message with the Girl Scouts of America. We'll let you know what we hear from them.