Not Looking Good for Sir's Bar-B-Que 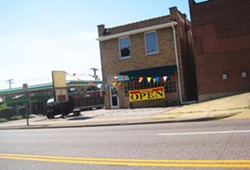 Gut Check reported last month that Sir's Bar-B-Que (6714 Olive Boulevard, University City; 314-727-1474) had closed temporarily due to a regulatory issue. The restaurant had hoped to reopen by December 15, according to a sign posted on its front door.

That sign is gone now, but Sir's doesn't appear to have reopened. The restaurant was closed during its regular lunch hours today, and its phone number is no longer in service.

This is (or was) the third location for Sir's, following the original on Delmar Boulevard and a short-lived second incarnation downtown. More as we learn it.