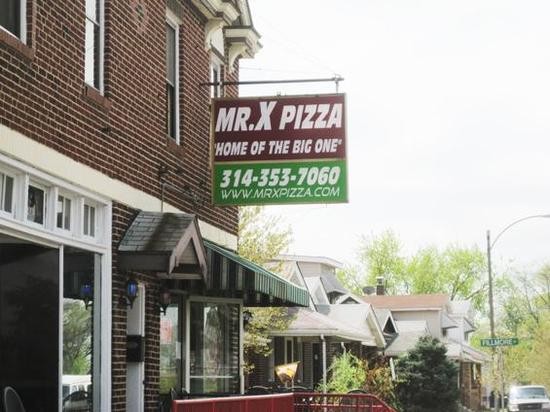 To the answer the obvious question, there is no Mr. X. That was the name the original owner gave it. Current owner Damir Islamovic kept the name. He might not be Mr. X but the man loves pizzas. "I used to work in a four-star restaurant," he tells me when he has a minute - and no more - between making and serving his pizzas. Not only are pizzas not as complicated as four-star cuisine, he says, "I can care about each pizza."

Visit the RFT restaurant page late this afternoon or check back here tomorrow morning to see what I think.