Whether a brewery's 20th or 21st birthday holds more significance is open to interpretation, but two decades of business undoubtedly deserves some celebrating. Schlafly, St. Louis' first craft brewery and brewpub, certainly knows how to throw a party (or two or three). The well-renowned local company celebrates its twentieth anniversary on both sides of the river with two tap takeovers in addition to an expanded version of its usual annual festivities.

On Thursday, December 1, the first event this season to commemorate the big birthday takes place at Pi Pizzeria (6144 Delmar Boulevard; 314-727-6633) from 7 p.m. to 1 a.m., at which point Schlafly beer becomes available on twenty taps. The twenty beers for twenty years, including varieties such as Christmas ale, oak aged barleywine, pumpkin, coffee stout and many more cost only $3.14 per serving during happy hours from 3 to 6 p.m. and 10 p.m. to close. 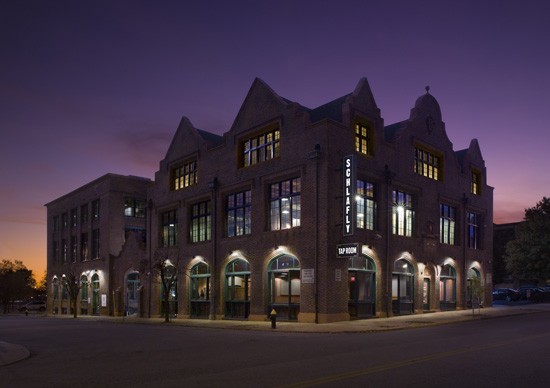 In addition, Pi corporate chef Steven Caravelli offers a special menu for the event including caramelized onion dip with Billy Goat chips along with other appetizers and a menu of specially-created pizzas for the night including a duck confit (goat-cheese and arugula-style) and a fall flavored deep dish pizza featuring roasted carrots, leeks, parsnips and celery root with ricotta and mozzarella.

Colonel Ford Trio provides live entertainment from 7 to 11 p.m., and Tom Schlafly will be on hand himself to sign special commemorative posters from 5 to 7 p.m. The posters, limited to only 75 copies, cost $25, and proceeds benefit the Saint Louis Public Library. Get 'em -- along with some Pi pizza -- while they're hot! And did we mention there'd be free cake?

Bigelo's Bistro (140 North Main Street; Edwardsville, Illinois; 618-655-1471) also hosts a tap takeover for folks on the east side of the river from December 19 through January 1, featuring $3 pints. Additionally, an extended annual anniversary party takes place at the Schlafly Tap Room (2100 Locust Street; 314-241-2337) on the evenings of Thursday, December 22, Friday, December 23, and the brewery business' actual birthday -- Monday December 26, with free live concerts each night. Beers get served at 1991 prices: $3 a pint. 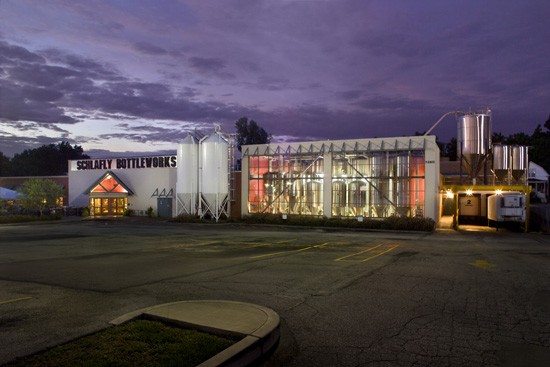 "This year, we decided that instead of just throwing a big party on the day after Christmas, we'd put on some shows to represent a lot of the bands that have played at the Tap Room throughout its history," says Susan Haberer, head of Schlafly marketing. "I think it's going to be nice celebration to top off the culmination of all the things we've been doing over the past year."