Spice World: One for the Sages 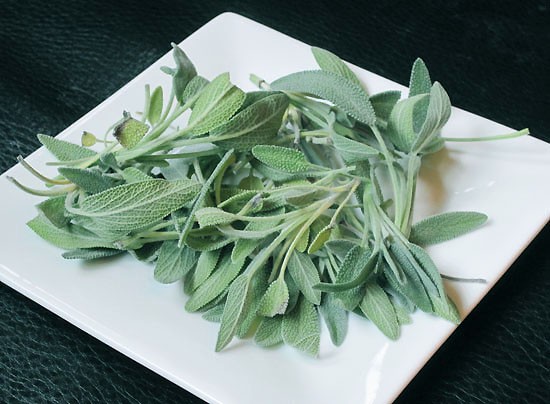 History: Sage has made its mark on several different cultures: There's Greek sage, Mexican bush sage, fragrant pineapple sage and sacred sage among them, the latter of which is burned in Native American ceremonies or by homeowners who wish to rid their homes of bad mojo (like Mohammed did some seventeen years ago in The Real World-San Francisco, after the roommates kicked Puck to the curb).

Sage also pops up in stuffings, garnishes, pork dishes, saltimbocca and New Agey stores, and it's been called upon to treat aliments ranging from seasickness to measles. To the Arabs the plant was thought to heal and prolong life, thus linking the herb to wisdom and old age, if not immortality. Ever since, "sage" has become synonymous with wise, wrinkly mystics.

Today: If sage has a yearly heyday -- outside of the bonus ones it enjoyed this year when end-of-the-world predictor/self-proclaimed sage/bad-at-math guy Harold Camping twice wiffed on the date of the Rapture -- it's Thanksgiving. In fact, America's favorite purveyors of stuffing, the folks at Stove Top, have deemed sage its "traditional" flavor, pushing aside such lesser specimens as its whole-wheat stuffing (wuh?). And even with fall's cooler temperatures, sage's sturdy silvery leaves can still be found going strong in gardens around town; depending on the variety, it can grow up to four feet tall. Planting sage next to carrots, cabbages and tomatoes is thought to yield better crops of each. 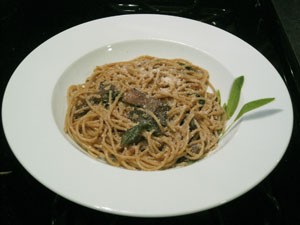 In Use: Sage's lovely leaves are soft, textured and almost seem to shimmer grayish-green. Fresh, its taste is vaguely lemony; dried it's more so. In the Fine Cooking recipe "Spaghetti with Portabellas, Sage and Walnuts," fresh sage works beautifully as a bright contrast to the earthiness of the mushrooms, while the walnuts provide some needed texture. Here, we used whole-wheat pasta, and the dish tastes far better than the resulting brown-on-brown-on-brown palette suggests at right. (Hat tip to Trattoria Marcella for giving us some fresh sage from its garden.)