Tea Fertilized by Panda Poop and Other Crap We Can't Afford 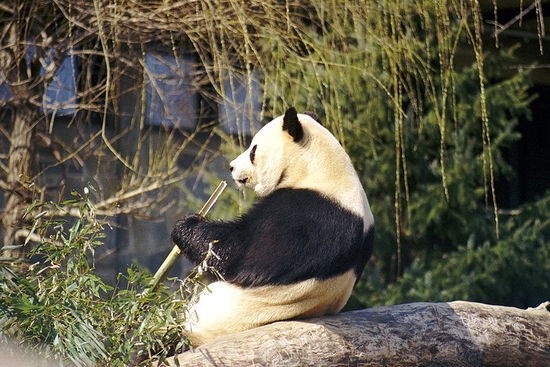 How often have you stared at your cup of tea while it's steeping and thought, "You know, the only thing that could make this tea better would be if it had been fertilized in panda poop."

If the answer is very often, then stop reading our blog, you sick, twisted human being you might soon be in luck.

Apparently, the tea has a "mature, nutty" taste and a "distinctive" aroma. We believe the latter! Also:


[The lecturer] believes the tea, which is fertilized with panda droppings, could prevent cancer and fetch a price of up to £50,000 per kilo.

Sadly, that's well outside Gut Check's price range. So are a couple of other items that came to our attention today.

- Grub Street has word of a white Stilton cheese infused with edible gold leaf. The cheese, which in the picture on Grub Street looks like someone bedazzled a hunk of Brie, costs $95 for three-and-a-half ounces.

- Eater notes an offer on gourmet "deal" site Gilt City to go tandem skydiving with Anthony Bourdain. You also get to have dinner with the chef-turned-author and TV star, and car service to and from the event. The price? $10,000. A portion of the proceeds does benefit the Food Bank of New York.