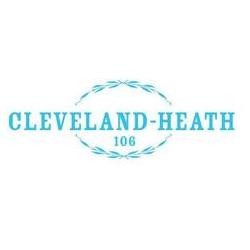 Gut Check reported last month on Cleveland-Heath, the new restaurant opening at 106 North Main Street in Edwardsville, Illinois (the former Fond space). This week, Jennifer Cleveland, who owns the restaurant with partner (in life as well as business) Eric Heath, checked in with us to say that their restaurant is nearly ready. A soft opening with a limited food menu (but full bar) is slated for the days before Thanksgiving, with a full opening after the holiday.

What can diners expect from Cleveland-Heath?

"We want to offer value and an attention to detail that you don't see in bar food."

There is a sample menu on the Cleveland-Heath website, with dishes like "Cheddar Ham Sliders" (cheddar drop biscuits with Benton's ham and pepper jam), a grassfed burger, barley risotto and beer-can chicken (a work-in-progress, Cleveland notes to temper Gut Check's excitement).

Cleveland is a native of Bethalto, Illinois. She and Heath met at a restaurant in Salt Lake City and then moved to California to attend the Culinary Institute of America. While in school, both worked at high-profile venues: Heath at Farmstead, a farm-to-table restaurant, which has its own herd of grass-fed beef; Cleveland for a year and a half in kitchen of Thomas Keller's Ad Hoc and a year and a half in the front of house of Keller's French Laundry.

Given Keller's reputation for exactitude, perhaps it is no surprise when Cleveland stresses again that the comfort -- or, rather, favorite -- foods at Cleveland-Heath will be presented with "a lot of attention to detail and quality."