Yesterday Gut Check told you that IHOP restaurants will be giving away free Scary Face Pancakes for dinner tonight. Since the pancake is on the menu throughout October, last night Gut Check Jr. gave it a try.

Scary doesn't even begin to describe it. 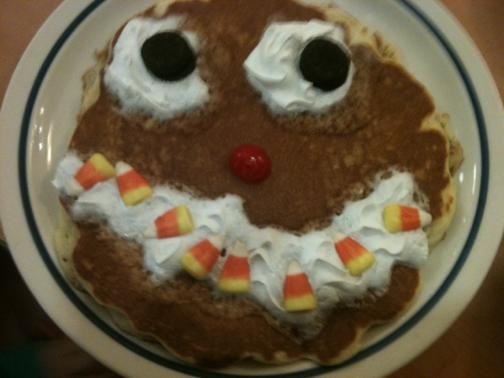 "Mmm! Hot cherry!" Junior declared, plucking the "fruit" from the face before the server had fully set her plate on the table. Although "hot cherry" is a term a parent never, ever wants to hear her daughter utter, at least she's eating her "fruit" first. And that's important. The IHOP kids menu says so: 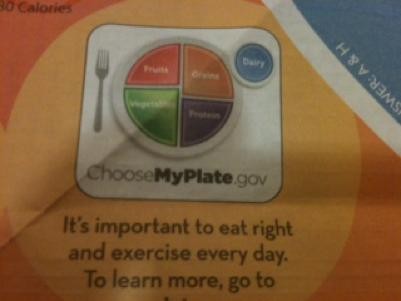 Junior believed it to be THE MOST AWESOMEST DINNER EVER!!!!!

After eating the hot cherry and a whipped cream and Oreo eye, Junior frantically waved her hand in front of her face and declared, "I can't see! I can't see!"

We had no idea the effects of the diabetes would strike so suddenly.

She could still see well enough to devour a portion of the meth-mouth candy corn teeth, growling dino-style when we dared ask for a sample of candy corn and pancake. Junior's father informed her that cheek meat is always the best part as she peeled the crust from the doughy pancake. 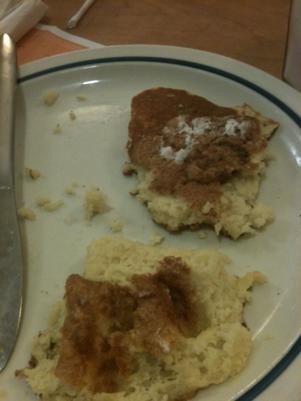 "No it's not. Neck's best," replied the child, who has never eaten the neck from any animal in her seven years.

By the end of dinner, Junior was eating while standing, bouncing a bit on the balls of her feet, and demanding a carry-out box for her scant leftovers.

When we didn't comply, she smuggled her remaining candy and little Oreo out of the restaurant. Had the whipped cream not melted, she undoubtedly would have stuffed that in her pocket, too.

An hour later, under the full effects of the Scary Face Pancake, Junior attempted to watch baseball, listen to Lady Gaga, chase her puppy, and bathe, all at the same time. Then her pancreas melted.

She wants a free one tonight.