Tidbits from the Stable, Pinky's 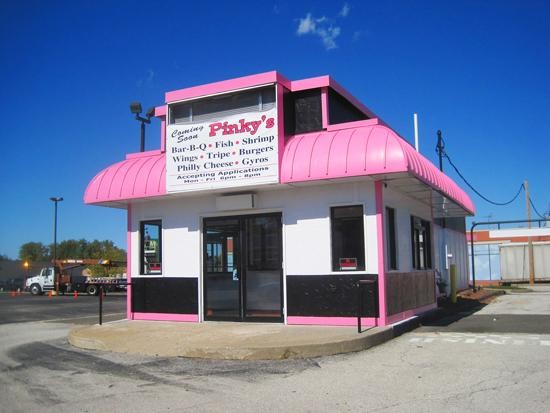 - Yet another item from Gut Check's recent drive on the Rock Road: A barbecue, sandwich and soul food joint called Pinky's apparently is opening at 9701 St. Charles Rock Road in Breckenridge Hills. The building used to be a Rally's, and I mention the news -- and, more importantly, the picture -- mainly because I think the new look for the space is awesome.