Marijuana Can't Stay Out of the Food News 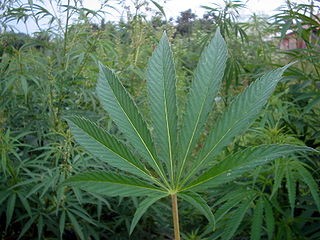 There aren't many rules regarding marijuana consumption, except for those laws that make it illegal. In the past week, though, marijuana keeps appearing in food news. And it's not just pot brownies giving people the munchies.

Well, in one case it was pot brownies. Last weekend in Huntington Beach, California, three elderly people were sickened after unknowingly eating marijuana-laced brownies at a funeral. The pot came from the deceased's leftover medicinal marijuana, which the man's daughter announced, but apparently two 71-year-old women and an 82-year-old man missed the message. They went to the hospital with nausea, dizziness and difficulty standing. (For the record, the venue that hosted the memorial claims the incident didn't happen there.)

Pot food's not just for old people. The kiddies love it, too!

In other news: Just in time for Halloween, parents are not pleased about the appearance of candies shaped like pot leaves, even though the candies do not contain marijuana.

The candy, which includes pot leaf-shaped lollipops, ring pops and gummies, is being sold to promote the legalization of marijuana. It's produced by Kalan LP of Philadelphia, and it's been on the market since last spring.

While some parents are appalled at the idea of their kids being offered marijuana-themed candies, a few are taking it as an opportunity to discuss marijuana use with their children.

For more sophisticated tastes, marijuana-infused wine is making headlines. It only makes sense, considering California's wine country is near pot country. Gourmet exposed the marriage of the two inebriating industries last week, while noting that eating marijuana is "a bit of psychoactive Russian roulette with a strange aftertaste."

Nevertheless, the story focuses on "medibles" -- marijuana-laced foods sold at medicinal marijuana dispensaries -- and "green wine" or "tree wine." That's pot-infused wine, and apparently California's rife with it. But only if you know the right people.