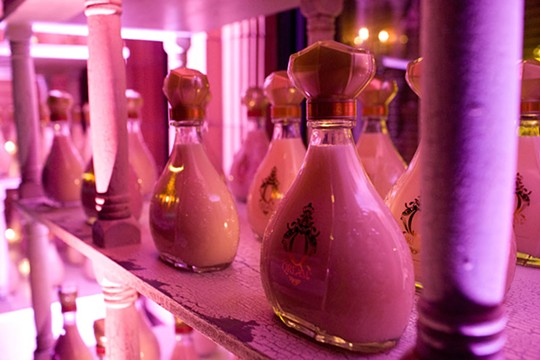 UPDATED October 11 with photos of the event.

You can now add Pharrell Williams into an exclusive group of hip-hop artists with their own booze brands, joining Ludacris, Jay-Z and Sean "Diddy" Combs. The award-winning producer/artist was on hand Wednesday night to promote his new brand, Qream, a 12.5 percent cream liquor available in strawberry and peach flavors. Despite being a cream liquor, Qream is 99 percent lactose free.

"Qream was created for contemporary women who work hard and want to relax with friends at the end of the day," Williams explained in a release. "I want them to reward themselves deliciously."

According to Qream's website, the beverage is "crafted to celebrate women -- from the elegant design of the bottle, inspired by royalty, to the delicious flavor and silky lightness of the liquid, to how the brand will be marketed." The launch party echoed the sentiment; at the end of a long driveway walk-up with QREAM spelled out in ivy and pink roses, a picturesque white mansion was ablaze with pink lights. 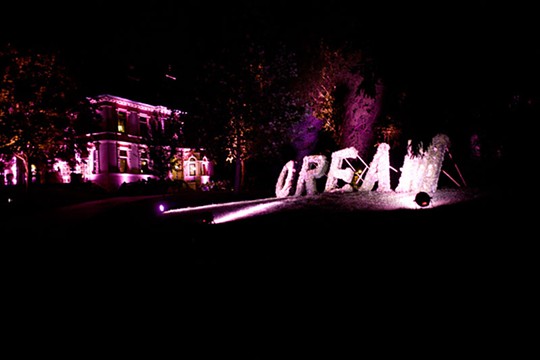 Multiple photo booths and bars stocked to the brim with Qream were placed throughout the side lawn that proudly displayed the Qream logo in lights. A wide range of college co-eds and middle-aged partygoers were on hand for rapper/producer Jermaine Dupri's DJ set. A semi-circle of curious onlookers armed with cell phone cameras enjoyed Dupri's set, heavy on southern rappers such as Lil Wayne and T.I.

How does it actually taste? The low ABV makes it tolerable for those who don't enjoy a stiff drink after a long day at work, but Qream seems to fall into the Bailey's or Kaluha niche as an enhancement or base to a variety of cocktails. 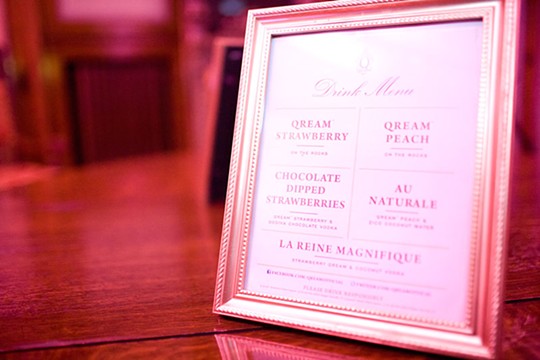