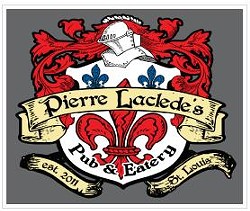 Gabe Hartwig of the Post-Dispatch reports that CHEA+TER'S Sports Grill & UltraPub, which opened only last month at 3818 Laclede Avenue, by St. Louis University, has already changed its name to Pierre Laclede's Pub & Eatery.

Daily RFT reported earlier this month that there was confusion about who owned CHEA+TER'S as well as the validity of its liquor license:

On paper, the bar's liquor license -- which allows alcohol sales until 3 a.m. -- is all in order. But the city's excise commissioner, Robert Kraiberg, confirms that his office is looking into whether the new bar actually has the same old owner, as it claims. If the ownership has actually changed, though, they'd have to get a new license -- allowing the neighbors, including the university, to weigh in.

The liquor license for the premises is currently held by LSBG MS LLC, which is owned by Mike Sansone. For now, the bar is still operating under the LSBG MS LLC liquor license, but Kraiberg says the liquor control board isn't sure Sansone is still really running the show.

Kevin Thomas, the general manager of Pierre Laclede's, confirms that the liquor-license issue precipitated the name change: "We had to change our name to our new LLC for our liquor license."

Thomas tells Gut Check that Mike Sansone is the owner.