Get a Taste of St. Louis at Soldier's Memorial this Weekend 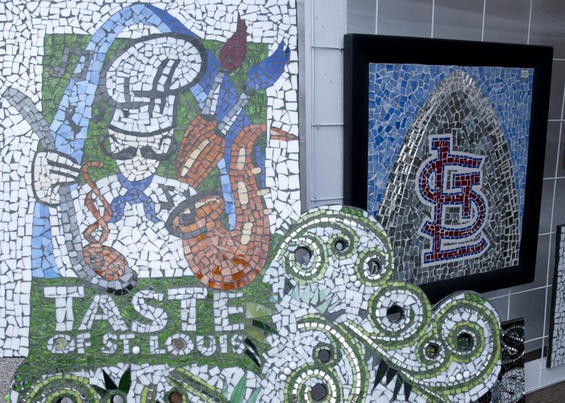 Taste of St. Louis returns this weekend, and Gut Check can't help but think that the word "taste" doesn't even begin to encompass the event. Not only can you try food from 45 area restaurants, but you can also peruse the work of local and regional artists and rub elbows with some of our town's most talented artisans.

One of the standout features of this year's Taste is the "Chef Battle Royale." The battle, which was first held at last year's event, pits eight St. Louis chefs against one another. The line-up includes John Griffiths of Truffles and Jim Voss of Duff's as well as returning champion Jack W. MacMurray III of Jack Mac's Distinctive Taste.

Mack Bradley of StandPoint Public Affairs, speaking on behalf of Taste, tells Gut Check the selection process was almost as intense as the actual battle: "With so much world-class culinary talent in St. Louis, we wanted to pick some of the very best in town to compete in a demanding but fun event that would showcase their skills. Each chef applied to be included in seven of the eight slots.

"A Taste team, led by chef Vito Racanelli, the Taste of St. Louis executive chef, made the final selections. The eighth slot was chosen in an on-air battle between two chefs on FOX2 News in the Morning."

Judges include Marc Bynum of the Food Network's Chopped and Mark DeCarlo, the host of Road Raves.

Taste 2011 is also reinstating its "Green Program," which aims to cut the event's carbon footprint in half -- an impressive endeavor, given the expected turnout of more than 300,000 people.