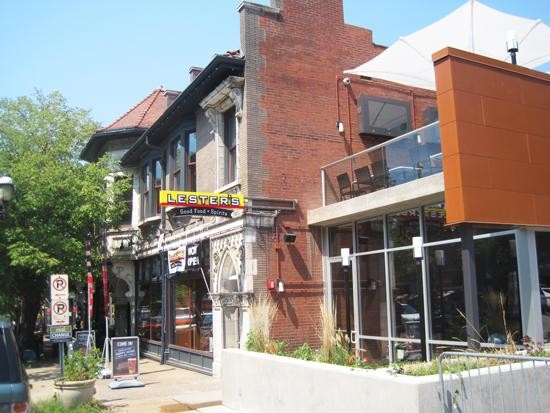 Lester's Sports Bar & Grill is now open at 4651 Maryland Avenue in the Central West End. This is the third location for Lester Miller's restaurant, after the original in Ladue and the second in Chesterfield. Lester's takes over the space last occupied by Companion, though there have been modifications to the building, including the rooftop deck that you can see in the upper right of the photo above.

Lester's menu is best described as slightly upscale bar and grill: wings, nachos, burgers. The restaurant accords a place of pride to its barbecue (ribs, brisket, pulled pork and chicken) and housemade corned beef and pastrami. For more, read my review of the original Lester's from 2007.