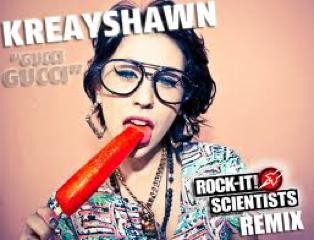 Now? Parody rappers have moved beyond hatin' on Whole Foods to rap the praises of Southern California-style fish tacos.

Kreayshawn, the Oakland-based rapper who lost Sunday night's "Best New Artist" MTV Video Music Award to Tyler the Creator, can be flattered that her single "Gucci Gucci" has been imitated in the taco video, "Fishy Fishy."

Next? We predict a parody of Kreayshawn's "Rich Whores," titled "Rich S'mores." Until then, it's Taco Tuesday.