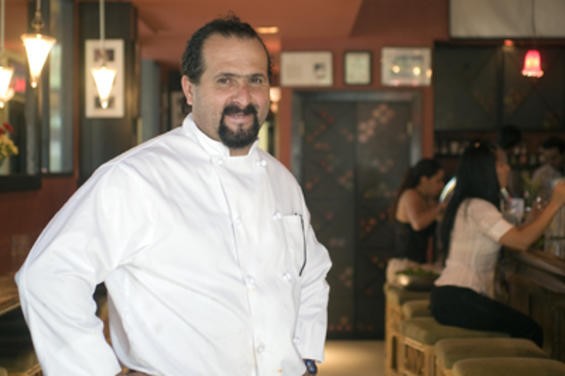 A reader asked yesterday via Twitter about the status of the Central West End restaurant Coco Louco Brasil (512 North Euclid Avenue; 314-367-1600). The recorded greeting on Coco Louco's voicemail states that the restaurant is closed "for repairs," with an August return anticipated.

Representatives from Coco Louco have yet to reply to Gut Check's messages seeking further information. However, in addition to whatever repairs it has undertaken, the restaurant currently faces multiple court cases.

As first reported in the Post-Dispatch, owners Jorge Carvalho and Rachel Carvalho, husband and wife, have been charged in the St. Louis County Circuit Court with nine felony counts of "willfully" and "with intent to defraud" failing to pay and/or report sales tax.

The charges were filed in April of this year, but, according to court records, the alleged crimes occurred on July 31, 2007. At the time, the Carvalhos owned and operated the restaurant Cafe Brasil in Rock Hill. Cafe Brasil closed in 2008; Coco Louco opened in 2009.

According to the case file, the Carvalhos are represented by attorney Michele G. McMahon. Gut Check attempted to reach McMahon at the phone number provided on the website of the McMahon Law Group, but that number has been disconnected.

A pre-trial conference was held August 22, according to court records. No further proceedings are scheduled until a settlement conference on October 6.

Though arguably the most serious, the felony charges are but one of several recent or ongoing court filings involving the Carvalhos. Since March of this year, the Coco Louco owners have been slapped with liens for both state and federal taxes, as well as three separate judgments brought by the Missouri Division of Employment Security.

More recently, in August, the Division of Employment Security filed a $962.12 judgment against Jorge Carvalho, presumably for unpaid contributions to its unemployment plan, in the circuit court of St. Louis County. Earlier this year, the division filed judgments against Carvalho in both the city and the county, totaling $3,928.14 and $3,949.59, respectively.

Again, Gut Check has reached out to the Carvalhos, through Coco Louco, multiple times for comment. We'll update this story as we learn more.