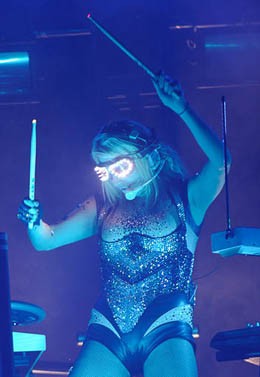 A few weeks ago Gut Check found some pretty nifty instruments made from repurposed kitchenware. But we neglected the oldest, most tried and true kitchen instrument -- pot-and-pan drums.

At least this Ke$ha impersonator didn't repeat our oversight. Check out her version of Ke$ha's "Blow," accompanied only with acoustic guitar and cookware percussion.

Although most pots and pans aren't supposed to be washed in a dishwasher, if Ke$ha -- even a faux version -- were to get near them, we advise you run them through the sanitize cycle at least twice before using. Nobody wants glitter, gonorrhea or Ke$ha's leftover man flesh in their soup.