Gut Check loves us some wine. We want a bottle with bang and a bang for our buck, so every week we will visit a local wine shop, where an expert will recommend a good-value wine priced under $15. We'll drink some and tell you whether we want to continue -- because the only time Gut Check has our nose in the air is while we're draining our glass. 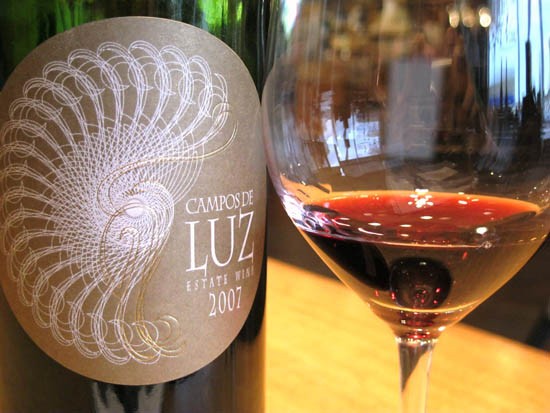 Although the sweltering heat of the past few weeks is (hopefully) a thing of the past, it's still summer in St. Louis, and at Grapevine Wines and Cheese (309 South Kirkwood Road, Kirkwood; 314-909-7044), summer means a glass of garnacha.

To prove this point, co-owner Bob Gray pulled out a slightly chilled bottle of Campos de Luz 100 percent garnacha from the Cariñena region of Spain. Gray says garnacha, or grenache if the wine hails from outside of Spain, is the perfect summer wine because it's light on the palate but doesn't skimp on flavor.

This red is served slightly chilled, with the optimal drinking temperature hovering around 55 to 60 degrees. Gray describes the wine as flavorful, with strong raspberry flavors and a spicy nose. It's similar to pinot noir on the palate but features more fruit-heavy flavors. Like pinot, garnacha pairs well with light pasta dishes, chicken, seafood and anything spicy to match the spicy quality of the wine. It's also easy to drink on its own because the flavors are subtle and don't need to be balanced by a meal.

At only $12.99, the Campos de Luz garnacha is a steal. Last summer, the 2006 version of the same wine was the best seller at Grapevine. Gray speculates that the only reason why the 2007 isn't the best seller is because there's so much more competing with it this year. Along with the Campos de Luz, almost half of the wines in the main display at Grapevine are garnacha or garnacha blends. 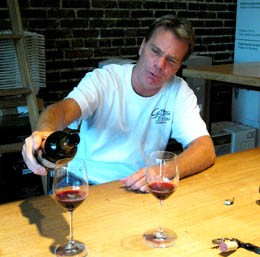 According to Gray, garnacha is one of the most widely planted grapes in the world, and its popularity is catching on in the United States. "Dollar for dollar, it beats up pinot noir," Gray says. Pinot noir is expensive and hard to produce, whereas garnacha is easier to grow and has a more consistent flavor.

Because garnacha is easy to produce, Gray says garnacha wines work really well at a good price point. "[Garnacha] is really easy to like at $10, $11 or $12," he says. "Pinot noir is not."

Not that Gray is beating up on pinot noir, which he named as one of his favorite wines. To Gray, wines don't compete against each other for a top title. "You can't have a favorite kind of wine," he says. "It's impossible."

The Campos de Luz 2007 vintage garnacha has a gorgeous rosy red color straight out of the bottle. Its nose is light and fragrant, with subtle wafts of spice and fruit. The taste is as silky and summer-ready as Gray said it would be, with a juicy fruit flavor and a light spice finish. The slight chill on the wine brings out the taste of berries, which lingers in the mouth. It goes down smooth and is easy to drink, perfect for sipping on your porch in a heat wave or just any time you want a good glass of wine.