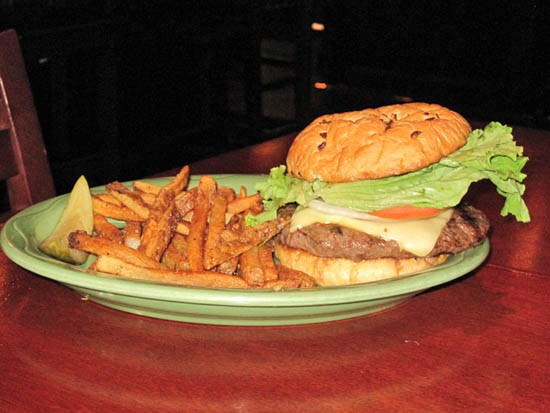 The argument of nature versus nurture seems to be a sure-fire way to pass the time on cable-news shows, particularly when it comes to the "born gay" versus "became that way" argument, but it also pops up during discussions about birth order or, when we were in college, putting our parents on the spot and asking them questions like, "Do you think you could have given birth to a serial killer? Do you?" after we took a sociology class and drank too many beers.

In the 1970s, a group of researchers at Columbia University had that question too, only they decided that perhaps the answer lay in chimpanzees, our genetic next of kin. And so they took a young'un they'd named Nim (as in, Nim Chimpsky) away from his mom and sent him to live in an Upper West Side brownstone with Stephanie LaFarge and her family where he'd be raised like a human child -- down to breast feeding and potty training -- to see if he could learn to communicate with his human family and researchers through sign language. "A chimp could not have had a better mother," one of the lead researchers said of Stephanie. Uh, we can think of one.

And, yes, Nim catches on to dozens and dozens of signs (his favorite one is "play," which he conveys by a handclap), he develops interpersonal relationships and even seems to understand family dynamics: He likes his human mom but cannot stand his human dad, whom he's always challenging for Alpha status.

Here's Nim in home movies running around in a T-shirt and shorts in the back yard, climbing trees and fences, giving hugs and high fives, smoking a joint, trying to get freaky with the family cat. Here's Nim gnashing through people's cheeks, nicking arteries, causing open wounds, scars, trips to the emergency room. "You can't give human nurturing to an animal that could kill you," says one of the women marred by Nim. But, oh, how those of us with pets insist on trying. (After all, people love and kill people, too.)

After a series of moves from homes to schools to medical testing facilities to primitive cages to a lonely ranch that are heartbreaking for us to watch and damn near deadly to Nim -- raised for years like a human child then thrust back into the animal world he was snatched from -- we ponder the extent that these relatives of ours can feel jealousy, despair, love, anger, friendship and forgiveness. How similar, exactly, can we possibly be?

The brick-and-wood urban sanctuary of Three Monkeys (we know, we know, not the same thing as chimpanzees) is quiet tonight. The baseball game's on, tied in extra innings. We settle in for a Cajun-seasoned bison burger and, naturally, a banana-split martini, made with whipped-cream and vanilla vodkas, banana liqueur and a squiggle of chocolate sauce. (There's no sign of the promised cherry.) It does smell a lot like a banana popsicle, the kind that come wrapped in sticky white opaque paper that you can only guess at its flavor by holding it up to the light and squinting to see its color. The martini tastes both sharper and sweeter than we expect but, unlike Nim, we've already forgotten the signs for both "banana" and "drink."

Is baseball really more entertaining for people than pushing a heavy trash can around an steel cage is for chimpanzees? What, then, of the World's Strongest Man competition and their car carries and tugs of war? And here's a long walk-off homer by the Pirates. It actually leaves the stadium. Game over. Garrett Jones rounds the bases and is greeted by a pack of teammates at home plate: The back slaps, head pats, clapping, hugs and high fives suddenly look eerily simian and strikingly familiar.