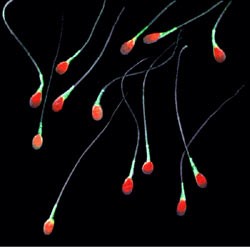 Last week, the case of Dunkin' Donuts coffee (allegedly) intentionally tainted with snot prompted Gut Check to consider other bodily fluids that would be even more disgusting to discover in your beverage.

Little did we know that denizens of the real world would do their part to keep pace with our fetid imagination.

First, Eater reports on a woman suing a New York City sushi restaurant over the spicy sauce that accompanied her order of tuna rolls. Eater quotes from the woman's suit:"...the spicy sauce was tainted with human bodily fluid, which she believes was semen."

Lab tests have been inconclusive. The case is still pending after the judge rejected the sushi restaurant's motion to throw out the case. The woman claims she can no longer eat sushi.

Meanwhile, Gawker has the story of a man arrested after fleeing from police outside a Florida McDonald's. Why did the police want to talk to the man?

Owen Lemire Kato, 23, had apparently stationed himself outside a McDonald's restaurant in Cape Coral on Monday, and proceeded to squeeze pimples on his back for the next ten minutes. After a number of customers formally gagged their opposition to this activity, Kato was then approached by an off-duty police officer...

It might not surprise you to learn that when police finally caught the man, he had drug paraphernalia -- specifically a syringe that his girlfriend told police he uses to inject himself with Oxycontin -- on his person.