We Love Lucy and Her Nine Best Food Moments 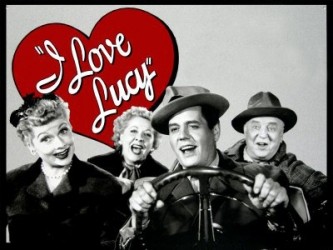 No, not Neko Case. Lucille Ball!

We all know Lucy was an innovator in television, comedy and even women's issues: She had the audacity to insist that it was OK for her to be pregnant on television. But she also made food funny like no other.

Like broaching the language barrier with her Cuban mother-in-law over chicken and rice.

Because father always knows best, Desi creates a schedule for Lucy's household chores, which bites him in the ass during an important dinner party.

In a restaurant scene, Lucy forgoes her usual wishy-washiness...Or does she?

It's the Ricardos versus the Mertzes in this precursor to Hell's Kitchen, with a drunk playing Gordon Ramsay.

And the ones that need no introductions...