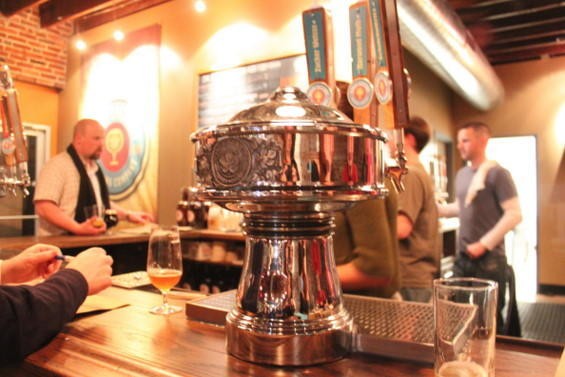 Of the national food publications, few -- maybe none -- have paid St. Louis as much attention as Food & Wine. Already this year, the magazine tabbed Kevin Willmann of Farmhaus as one of its "Best New Chefs" -- the second area chef to win the honor after Gerard Craft. Now, it has turned an eye to our recent boom in craft breweries.
The September issue looks at five of the more than a dozen craft breweries that have opened in recent years or plan to open soon: Perennial Artisan Ales, Urban Chestnut Brewing Company, Six Row Brewing Company, Ferguson Brewing Company (formerly Hill Brewing Company) and Buffalo Brewing Co.
The article's byline should look familiar: It's the same Katie O'Connor who, until last week, was editor of Sauce Magazine.