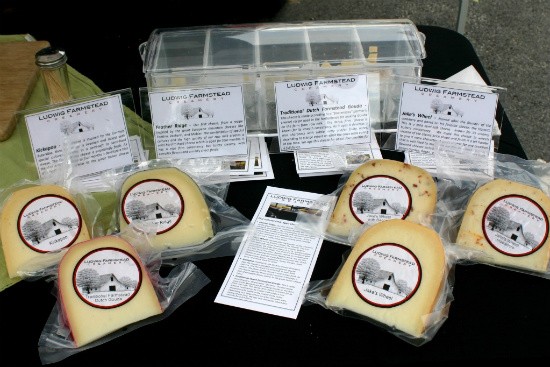 A $3 hunk of Ludwig's Gouda in hand, Gut Check was ready to mosey to the checkout lanes when a thought occured to us: Won't we get sick if we eat cheese that isn't pastuerized?

Gut Check wanted this new cheese so much we almost just chanced a little E. coli, but our health comes first. So we contacted Norma Glodas, the cheese specialist at Straub's in Clayton.

Glodas brought good news: There's no danger in eating cheese made with raw milk because the industry places regulations on the product. The aging process should take care of any deadly germs lurking in your cheese. However, Glodas cautioned us, pregnant women and children shouldn't eat it. Along with rollercoasters and booze, unpasteurized cheese is also on the list of wondrous things they can't enjoy.

Norma's take on the cheese? It's OK. Not her favorite. After sampling the Gouda, we have to agree. It was dry and seemed almost salty to us. Personally, we'd rather risk death sky diving than on mediocre cheese.