In Honor of St. Louis Craft Beer Week, Gut Check Plans to Launch Our Own Brew 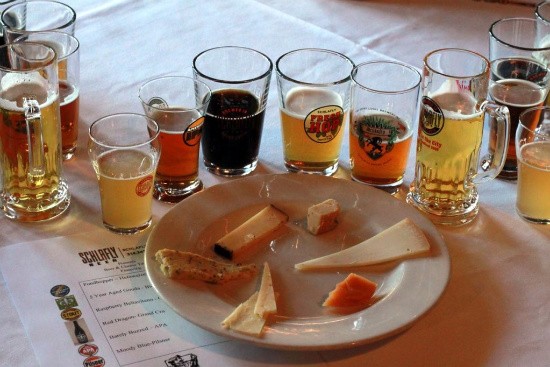 Call us crazy, but sometimes Gut Check International HQ misses the good ol' days when Anheuser-Busch drove this city like a team of clydesdales and you could actually buy a Busch beer at the stadium that shares its name.

Thanks in part to the InBev buyout of 2008, St. Louis craft beer-makers and their brews have been popping up all over the city. With brewers such as Six Row Brewing Company (3690 Forest Park Avenue; 314-531-5600), 2nd Shift Brewery and Urban Chestnut (3229 Washington Avenue; 314-222-0143) , there are plenty of options for those of us who like our $10 beers delivered in fancy glasses and infused with not-so-original ingredients, such as bacon.

But then shit got a little ridiculous, proof being St. Louis Craft Beer Week, a celebration of small breweries, which begins Saturday, July 30, and runs through Sunday, August 7. That's nine days of expensive craft beer drinking, folks. You're bound to rack up quite the bar tab.

Craft Beer Week events include your run-of-the-mill beer dinners and samplings: 2nd Shift and Franco (1535 South Eighth Street; 314-436-2500) are teaming up to create a meal, and Growler's Pub (3811 South Lindbergh, Sunset Hills; 314-984-9009) is cooking a five-course dinner to pair with Boulevard beers. Of note, one event that caught Gut Check's eye was the hot dog-eating contest hosted by the Stable (1821 Cherokee Street; 314-771-8500) . Inspired by Shmaltz Brewing Company and its Coney Island Craft Lagers, the contest is an homage to the competitive eaters who stuff themselves with Nathan's Famous dogs every summer -- and, oh yeah, there's craft beer involved. You can check out the full list of Craft Beer Week events online.

Mike Sweeney, the man behind the festival and creator of craft-beer blog STL Hops, says that the small-brewery phenomenon is simply people becoming more in-tune to just how many different brew options exist. In an attempt to jump on the bandwagon, Gut Check plans to start our own craft beer -- but we're going to need some help from a local chef. Gerard Craft Craft Beer, we have a feeling you're going to be a hit.