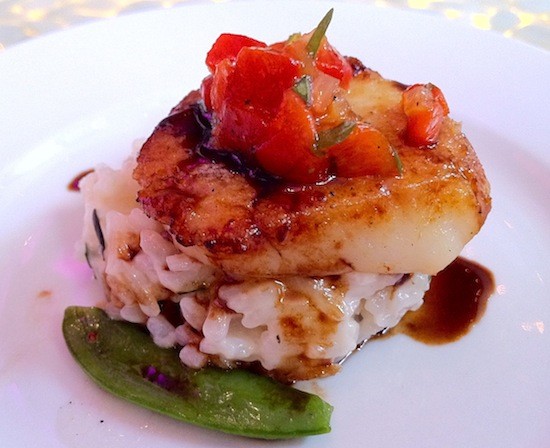 When Gut Check learned Sauce Magazine had teamed up with Araka (131 Carondelet Plaza, Clayton; 314-725-6777) to introduce the latter's new chef, Michael Burnau, and unveil his new menu, we instantly flashed back to the Dark Ages now referred to as middle school -- an era of virtually constant, paralyzing despair at not being invited to parties we had absolutely no desire to go to.

After spending several days cloistered at home with shades drawn, air-conditioning (and Joni Mitchell) blasting, we willed ourself off the La-Z-Boy and over to Clayton, where we slipped silently onto a stool at Araka's bar to observe at close range the curious and baffling hybrid of food journalism and restaurant promotion (and, yes, to snag us some free eats).

Having endured the ignominy of original executive chef Mark Curran's criminal transgressions, and a parting of the ways with Curran's successor, Steven Caravelli, who jumped ship to the Mud House, Araka is going the way of the proverbial clean slate.

A restaurant whose menu originally nodded (vigorously) in the direction of the European-style bistro now worships at the altar of local, seasonal ingredients and a broader culinary palette.

In transforming Araka's menu, Burnau has paid particular attention to diners' ever-increasing expectation that special dietary requests be accommodated. The menu notes which dishes are gluten free, vegetarian and/or vegan, and multiple parentheticals remind patrons that tofu can be substituted for the central protein. Burnau promises that the menu will change frequently to reflect seasonal produce. 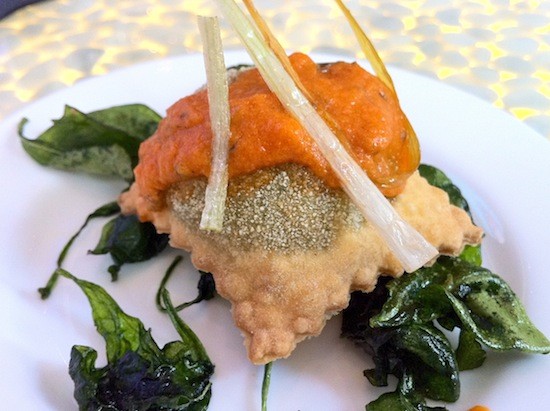 The global range of flavors and preparations carries through to Araka's meat and fish dishes. Curran rounded out the tasting with "Pan-Seared Day Boat Scallops," and also a seared duck breast.

One element that hasn't changed much is the price range; appetizers cost around $10, while entrées hover in the mid-$20s.