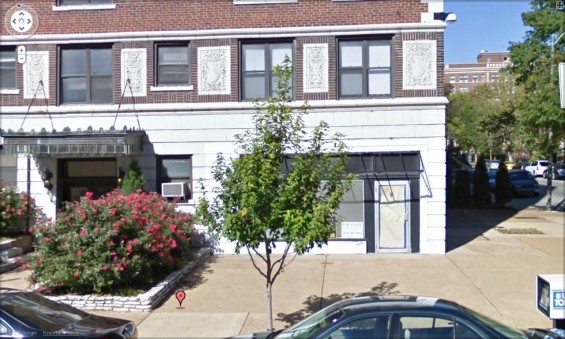 Some Central West End tenants might soon welcome an unusual new neighbor to the first floor of their condo -- a restaurant. This afternoon, the city's board of adjustment approved a local business owner's plan to open a coffee shop and restaurant in an eight-story condo at Maryland and Taylor.

Records show that the city's building commissioner originally turned down the applicant, Darmin Beganovic, on his request for a building permit to allow a restaurant and bar. But Alderwoman Lyda Krewson sent a letter of support, along with a few conditions: Beganovic must close at 11:30 p.m., and patrons must not be allowed to dine at streetside tables past 10 p.m. Outside music will also not be permitted.

In light of that, the board of adjustment gave the plan its approval without significant debate.

Beganovic is also the owner of Bosnian coffeehouse Caffe Milano (5045 Gravois Avenue; 314-832-1337) in Bevo Mill. The new space was previously a beauty shop, and Beganovic plans to serve both breakfast and traditional restaurant fare such as pizza.

Though he hasn't announced when he'll open the eatery, Beganovic has temporarily put on hold his plans for booze at the restaurant. Once he's up and running, he'll consider applying for a full liquor license.

Another new location, Soul-N-Bowl, was approved for an occupancy permit for a sit-down restaurant. The cafeteria, located between Union and Skinker at 5535 Delmar, will only be open during the week but will offer carry-out.