Happy Hour on the Patio at Molly's in Soulard 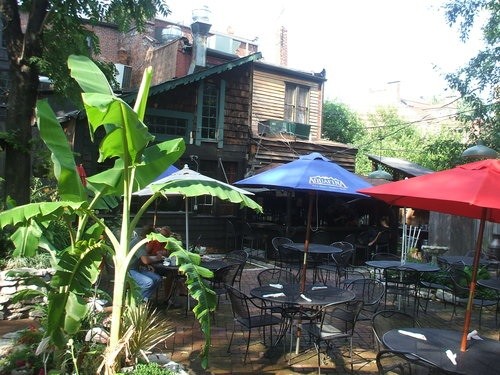 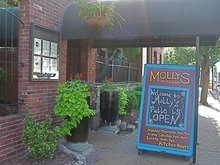 The Scene: The phrase "come as you are" springs to mind the instant you pass through the wrought iron archway leading into Molly's beautiful brick courtyard. During the summer, the outdoor bar attracts an eclectic crowd that is content to simply have a drink in hand. Although the Cajun menu is respectable and Molly's walk-up-and-order burger shack (exclusively for outdoor dining) is a cute idea, it's not the draw or point of happy hour there. There are no complicated drinks or micro brews. The bar is stocked more for a kickass backyard barbecue than after-work martinis. But that's only because the staff doesn't want you thinking about work while you're there.

Why You'll Go Back: We don't like to speak in absolutes, but Molly's in Soulard has one of the best -- if not the best -- patio in St. Louis. The enormous brick-paved outdoor area is lined with shady trees, and during happy hour, the setting sun gives the place a golden hue almost as soothing as the drinks.

The Verdict: Every so often, we all crave simplicity. Although the deals aren't the best and don't include food, the world just seems to move at a slower pace after a drink at Molly's.