Harry Potter's Over. Cope With Some Themed Eats.

Calm down -- just because the Harry Potter movie franchise comes to an end this weekend with the release of Harry Potter and the Deathly Hallows: Part 2, the Hogwarts kids will live on in these wizarding-inspired eats. Until they're devoured. Then commence moaning like Myrtle. 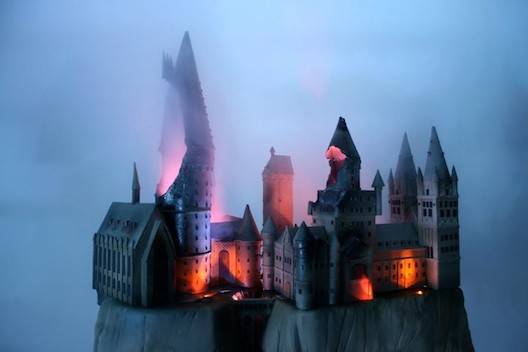 Did anyone ever find out what, exactly, butterbeer is? Sandra Lee took a stab on Semi-Homemade Cooking. Shocking -- she didn't put booze in it. It's sweetened condensed milk, butterscotch topping, whipped butter and cream soda, served hot and sipped through a yellow Twizzler "straw." Anyone know the spell for fixing diabetes?

What's even cuter than Scabbers the rat? Why, a bento box celebrating each Hogwarts house. Everything's cuter in bento form. 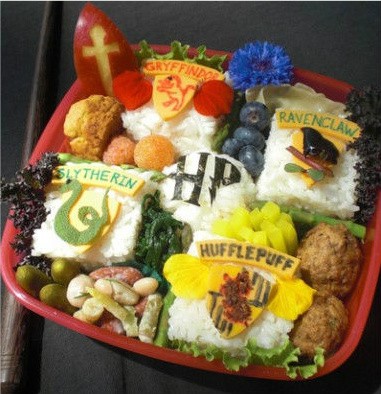 They're pumpkin pasties, with a long "a." Paaaaaah-sties. Pumpkin paaaaaaaaay-sties are worn by strippers at Halloween parties. Regardless, a pasty's a Cornish hand pie, usually filled with savories. But we'll eat a pumpkin pasty. Gummy worms are so American. It took Wonka Candies, owned by Switzerland's Nestle, to come up with a proper jelly slug. Although not affiliated with the books or films, Wonka even named them Sluggles. Sort of like a cross between Muggles and slugs. Snape approves.

To truly cope with the grief of living in a Potter-less world, you can funnel that angsty energy into sculpting Ron and Hermione out of marzipan. 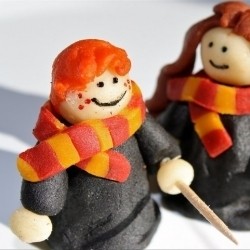 And the cupcakes! Holy Hagrid, the world is full of Harry Potter-themed cupcakes! Wallow in them! Writhe until the hurting is masked by buttercream! There are professional ones that are pretty and probably taste wonderful. 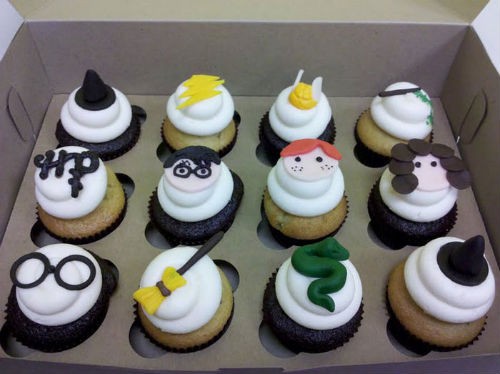 And cupcakes that are as yellow as a Snitch.

There are cupcakes with pre-fabricated Harry Potter decorations. 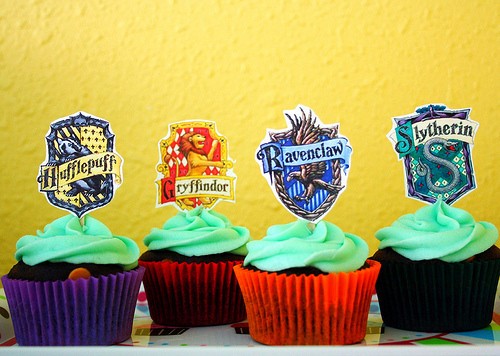 And Harry Potter cupcakes for celebrating a 20th birthday. Which is a little sad.

Even the Hogwarts kids have grown up. Perhaps you should, too.