Cup of Sno Returns to Maplewood? 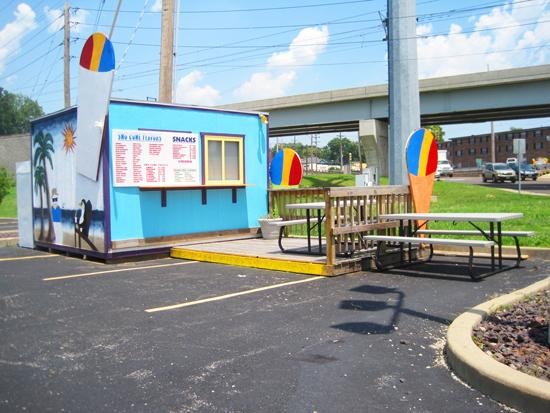 The saga of Maplewood snow-cone stand Cup of Sno might finally have a happy ending. Last year, an errant Cadillac struck and demolished Cup of Sno, which called the parking lot of the Family Video on South Big Bend Boulevard home. A replacement stand appeared a few weeks later but never opened, though Cup of Sno did sell snow cones at a concession stand at nearby Deer Creek Park.

Now, there is a snazzy new snow-cone stand at Cup of Sno's original location (pictured above). The stand hasn't been open either day that I've driven past it, so I can't yet confirm that this has the same owners. Regardless, someone's new snow-cone stand is open or about to open, and Dr. Freeze is about to lose his mind.