Welcome to Girl Walks Into a Bar, a weekly Gut Check feature that spotlights local bars and bartenders. This week, Ettie Berneking profiles Clementines' Lew Russell. Below is a Q&A with Russell, followed by the recipe for a South Beach. 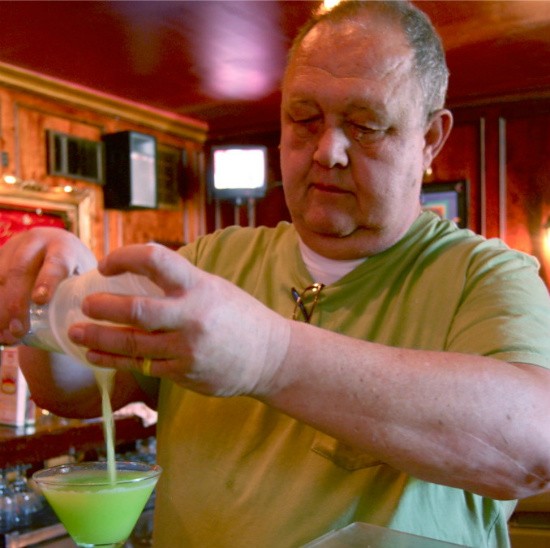 Despite its name, Clementines (2001 Menard Street; 314-664-7869) is a no-frills establishment. They mean business here, and even a drink called the South Beach isn't as sweet as it sounds.

Bartender Lew Russell knows what he's doing. Russell has worked at Clementines for eight years now, and he's been bartending for nearly 40 years. In short, he knows what he's doing -- and that's why when we walked in and asked for a drink menu, he knew we weren't regulars.

There are no drink menus at Clementines, just strong drinks. But when we asked for something a little sweet and a little refreshing, Russell knew right away what we would like -- the South Beach. This isn't a drink for those who don't like coconut. But for those who do, it's heaven: smooth, rich and stinking of alcohol

Describe your bartending style in a few words: Real casual. That's about all I can tell you.

Girl walks into a bar, orders a ____ she automatically earns your respect: A brandy snowshoe. It's brandy and peppermint schnapps. It's an old drink.

Most dumb-ass or bizarre drink you've ever made: Scotch and coke with lime. This is much different than a rum and coke. I can't imagine drinking scotch with coke or lime. Whenever anyone orders that, they get asked about three times, "Are you sure that's what you want?"

Outside your bar, where do you go for a good drink: I don't. I really don't. I live in Crestwood, but I haven't been to another bar in nearly two years.

One thing most people don't know about bartending: Everybody knows it all, honey.

Most memorable event: Mardi Gras. Four years ago there were people everywhere. People were standing in line to get in the store. It was the best year in years and years. We had about twelve security guards in here, so it wasn't too destructive. 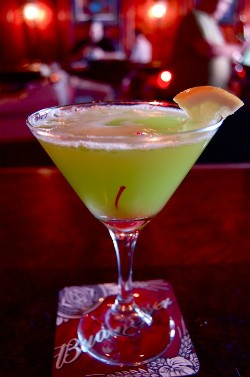 3 oz. of a good vodka (secret ingredient at Clementines)
1 oz. of Midori
a splash of pineapple juice
a dash of coconut juice

Combine ingredients with ice in a shaker and shake well.