Wanderlust Pizza Gets Fired Up in an Airstream 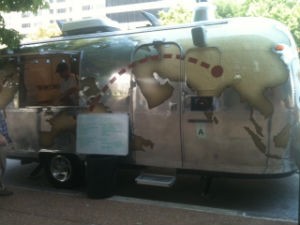 St. Louis' newest food truck hit the streets July 1, and it might have the most interesting set-up of any truck to date. Wanderlust Pizza owner and chef Erik Jacobs outfitted a 1973 Airstream trailer with a wood-burning pizza oven.

"Ever since I built a brick bread oven in my backyard, I've been a fanatic about live-fire cooking," says Jacobs. "When I began dreaming up how Wanderlust would take shape, I saw the food truck trend already gaining momentum. What bothered me then about the trucks was their uniformity in appearance. It's a big box with different graphics. I wanted Wanderlust to be distinct from the rest visually and gastronomically.

"I've always loved Airstreams, and the travel trailer really reinforces the vibe of the Wanderlust story -- picking up, traveling around, serving pizza and exploring the world."

If you recognize Jacobs' name, it's because he has been a writer for Feast, an instructor at L'École Culinaire and owner of the now-closed Babalu's in the Central West End. 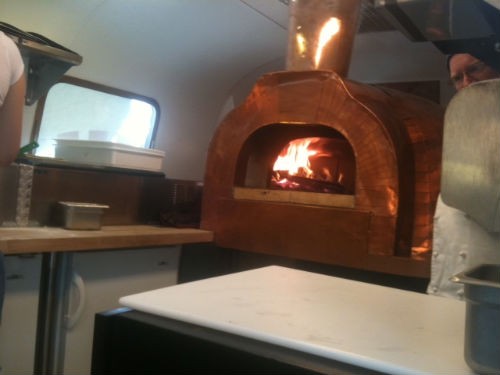 The current menu features three summer-friendly Neapolitan pies: Chow Italia (a classic Margherita pizza), Some Fun Guys (wild mushroom ragu topped with Taleggio cheese and fresh thyme) and Stinky Tinkle (fresh asparagus, prosciutto and a blend of mascarpone and Parmesan cheese. All have the traditional wood-fired crust with its airy inside and crispy outside. Prices are around $10 per pie, which are big enough for a light lunch for two.

Jacobs plans to keep the menu changing: "That's the beauty of the Wanderlust model. Whatever is fresh, in season, local and affordable at any given time is what we will do. I'm sure we'll always have the Chow Italia on the menu, but the others will be cycling in and out as our fans demand them." 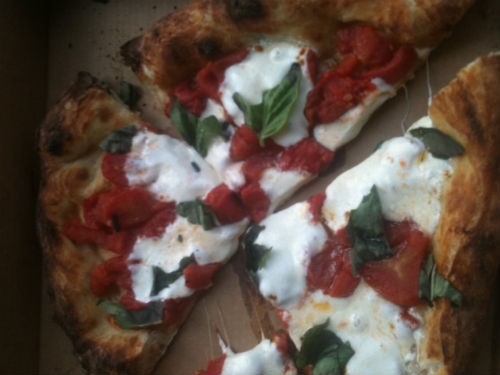 Wanderlust Pizza will be at City Garden Thursday and the corner of Broadway and Pine on Friday. It announces locations via Twitter @WanderlustPizza and Facebook.