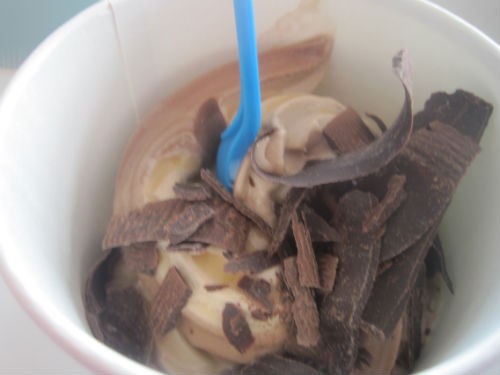 What screams summer movies more than a penguin farce that takes place during a Manhattan winter?

Perhaps Mr. Popper's Penguins was meant to mentally cool us while we watch a bunch of misplaced gentoo penguins melt the heart of a cold business man in a film that barely resembles the 1938 book on which it's based.

Jim Carrey stars as Jim Carrey. As Tom Popper, a lonely Manhattanite who lives to work, he employs his standard rubber-faced expressions. He's bequeathed a half-dozen penguins when his father dies, to which he responds the way sane people would -- by trying to find someone to get the fucking penguins out of his house. But when his children fall in love with the birds, Popper sees the way back into their good graces after years of distance.

So he keeps the penguins, and the high jinks begin.

No one told Popper and the real estate moguls he works for that Tavern on the Green stopped functioning as a restaurant two years ago. A side plot features Popper attempting to purchase the iconic Central Park restaurant from its stubborn upper-crust owner (Angela Lansbury) in order to advance his career. His attempts to buy the restaurant are repeatedly foiled by those damn penguins.

Despite their meddling Popper begins to care for the penguins -- even when they start dropping eggs in his penthouse -- because his children and ex-wife warm to them, making him promise to never get rid of the animals.

Of course it makes sense that the family views Nat the Zookeeper (Clark Gregg) as the villain for having the audacity to attempt to place these wild animals in an environment where they'll be cared for by people with lots of ornithological book-learnin' in an Antarctic climate that's not made by throwing open the penthouse-balcony doors.

Willing suspension of disbelief to enjoy a film featuring city-dwelling penguins is one thing. But doing it to support protagonists who are exhibiting behavior that straddles the line between entitlement and hoarding? Not so easy.

Despite the maddening message that wild animals need a family's love more than the care of experts (or better yet, should be left in their relatively human-free habitat in the first place), it's not a horrible movie. Kids will love the cute birds and Carrey's mugging, and there's enough breakneck dialogue and quirky humor to keep an adult engaged for most of its brief running time. Peripheral characters, like Popper's alliteration-speaking assistant and Lansbury's high society grand dame provide a nice break from the sickly sweetness of the film's "love is all they need" message.

What's great about the new breed of frozen yogurt? It's not sickly sweet; it's tart, which is mighty refreshing on a hot day after watching a manmade South Pole environment for 90 minutes. Popper could have filled his penthouse with Chill's (11935 Manchester Road, Des Peres; 314-835-9090) tart frozen yogurt to make an appropriate and tasty environ for his critters.

Or we could make a couple of Popper-inspired self-serve fro yo creations to eat while considering humanity's interactions with wildlife.

Start with a swirl of coffee and chocolate-flavored frozen yogurts, topped with Chill's homemade salted caramel sauce and shavings of Valrhona dark chocolate. Call it the Popper Pouf -- indulgent, frigid, with a hint of sourness.

Second was the Spoiled Entitled Brat -- a swirl of three yogurts -- cookies and cream, chocolate cherry and bright-blue cotton candy, pelted with sprinkles.

We're sure it was delightful, especially because it sort of looked like a bird.