Demolished: Five St. Louis Restaurants That Are No More 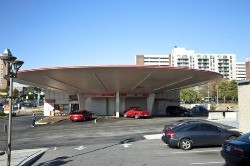 We're all abuzz about the possible demolition of the Googie-style Del Taco on Grand, enough to merit Facebook pages and news stories about how outraged -- outraged! -- we are as a city.

Were we equally outraged when these other local restaurants lost their buildings in the name of progress?

The Parkmoor, 1999: The Richmond Heights diner closed in 1999 after 70 years in business, to make room for a much-needed Walgreens across the street from the Esquire theater. Because there probably wasn't a Walgreens within two whole miles. 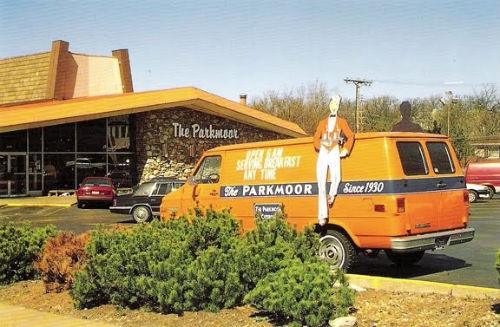 The Diamonds Restaurant, 2003: On the outskirts of St. Louis County, where the Mother Road once ran, the Diamonds Restaurant once bragged that it was the world's largest roadside restaurant. When Route 66 was replaced with I-44 in 1967, the Diamonds was no longer visible from the highway. The restaurant moved to a new building near the interstate, and the streamlined postwar building became Tri-Country Restaurant and Truck Stop, which closed in 2003. The building remains -- as dilapidated storage. 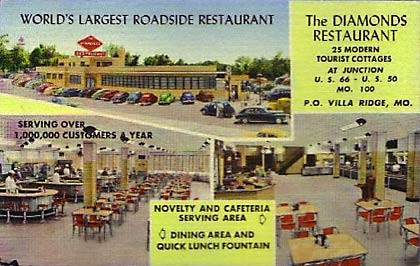 Noah's Ark, 2000: Once the tourist attraction in St. Charles, Noah's Ark Restaurant was just that -- an ark, parked on land not far from the Missouri River. Fiberglass animals greeted guests as they pulled into the parking lot for their novelty dining adventure. But novelty restaurants fell out of style (yes, even in Missouri), and the ark closed in 2000. Underground Ozarks broke into the abandoned ark in 2006 and documented the doomed ship. A year later it was demolished while onlookers cheered, excited for the condos, stores and sports facilities that still haven't appeared on the spot.

The Robert E. Lee riverboat, 2001: The replica of a 19th-century steamboat was moored on the downtown riverfront from its opening in 1969 as a restaurant until 2001. For the last years of its existence, the boat was shuffled between owners. Rick Yackey, the developer who wants Del Taco's spot, owned a one-fourth share of the boat in the early 2000s with plans to renovate it for catered events. In 2004 a new owner moved the boat to Kimmswick and briefly operated a restaurant, which failed. The next owner parked the boat just south of downtown, where eventually it was destroyed by fire. The cause of the fire has never been determined. Oh, and the original Robert E. Lee steamboat? It too went up in flames. 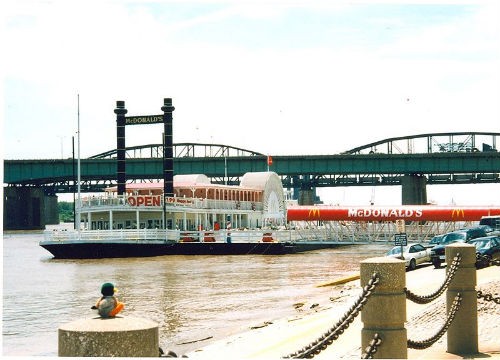