Let Them Eat Goose! Uses for the Canada Geese Being Fed to the Poor 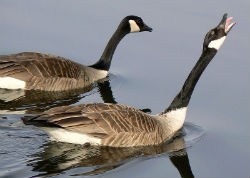 In most circles goose is a delicacy. But that's not Canada goose, which New York considers a dangerous, airplane-downing nuisance that craps every seven minutes.

The state has found a way lower the pest population. They're going to capture, slaughter and send 1,000 Canada geese to Pennsylvania food banks.

Hey, it's less wasteful than New York's previous method -- gassing the geese and throwing them in a landfill.

Canada considers its own geese unfit for consumption, even by the poverty-stricken, mostly because plucking and dressing the birds is so labor-intensive. Not only that, says Gail Nyberg, director of Toronto's Daily Bread Food Bank (Canada's largest), the meat tastes bad. "If I won't eat them, I won't serve them -- and I won't eat them. Just because someone is low-income, I don't think we should ask them to eat something that most Canadians wouldn't eat."

Virginia locavore activist Jackson Landers disagrees. Last fall he held an event at a winery, where he served the wild geese that had been eating the vineyard's grapes. He recommends cooking the meat to medium-rare. "It's like a lean beef covered in a layer of good-tasting fat. It's perfectly good food, and eating it would give greater meaning to the cull," says he.

Who knows, maybe you'll see the following dishes come to food bank near you: 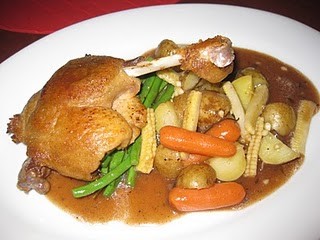 Don't let any of that Canada goose fat go to waste! Cover goose legs with rendered fat, roast for six hours, chill in the fat for months and months for a tasty, protein-rich snack for kids who otherwise subsist on cafeteria food. They'll love it! 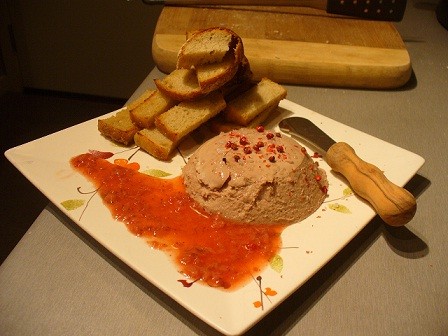 Because Canada geese aren't force-fed, this here pâté doesn't pose the ethical dilemmas of its upscale version. Surely the livers of pest birds that eat New York garbage can't be that toxic. 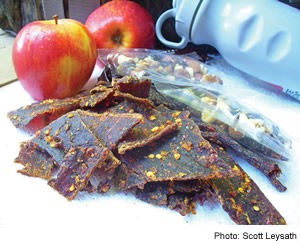 No cash for refrigeration? No problem! Thinly sliced raw goose breast, well-seasoned, can be converted to jerky with a heat source. Like a fire in a trash barrel. Goose Speck

Sure, you're grateful for all the free goose meat New York doesn't want, but what you'd really like is some ham. Just learn the Italian technique for making speck! You've got access to beechwood, juniper berries and cloves, right? They're probably in the woods where you've been forced to live.

Just tell the kids it's Goose McNuggets and pay no mind to those reports about high-fat diets contributing to illness in poor communities.

That's right, Tiny Tim, Scrooge is going to let you have Christmas after all! God bless us, every one!

Correction added June 27: As originally written, this post stated that Jackson Landers owns a winery. Mr. Landers informs us that he does not own a winery. He did, however, host an event at Glass House Winery, a Virginia facility that's owned by someone else.