Tired of E. Coli News? Here's a Bunch of Listeria. 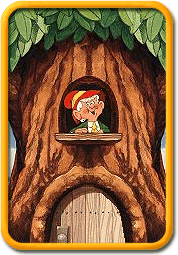 Enough already with the mysterious strains of E. coli that keep making people sick with no clues on their origins! At least good ol' listeria keeps it simple by lurking in foods. Lots and lots of foods.

It may be small, but it's still contaminated. The Atlanta Corporation in Elizabeth, New Jersey has recalled a 9-pound wheel of its Royal Blue Stilton cheese for listeria contamination.

But that's nothing compared to what's happening in one of Keebler's hollow trees factories in Georgia.

This week the FDA issued a letter to Kellogg's - which owns Keebler, Famous Amos, Murray, Kashi, and Mom's cookie brands. The letter warned that FDA inspectors at a Kellogg's cookie factory in Augusta, Georgia, found what they're calling a "persistent strain" of listeria. The factory had pools of standing water and bugs.

No products have been found to be contaminated, but with listeria bacterium on the surfaces where food's produced, it's a high-risk scenario even though the cookies are baked at a temperature that kills listeria.

The listeria was found in February, but the letter wasn't issued until June 7. The factory has fifteen days to clean up.

Last year inspectors found listeria at another Kellogg's factory in Georgia that made Eggo's, leading to last year's Eggo shortage.