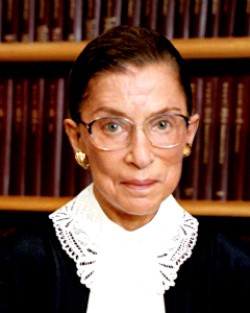 Sometimes at Gut Check International Headquarters, we get tired of eating gourmet meals day in and day out. We admit it: We like a little kitsch once and a while. Today, this story from the HuffPost Food about outrageous themed restaurants caught our eye, but we have to disagree on some things: We don't want condoms anywhere near our cabbage, and the toilet belongs in the bathroom, not the kitchen. Still, we can't stop thinking about what themed restaurants we'd plop down in St. Louis if we were given the chance. Here's a list, in no particular order, of ten themed restaurants we'd like to see.

10. Anthony Weiner's Weiner House: We all know it's only a matter of time before Anthony Weiner is out of work, so we suggest he get into the restaurant biz. And if you thought the Breastaurants trend is on the rise, just wait until you taste some dicks on sticks.

9. Supreme Torte: The justice system can be frustrating, so it makes perfect sense to turn it into a bakery. Just picture it: You shout "Order in the court!" and after waiting the equivalent of a life sentence, Ruth Bader Ginsburg brings you a nice croissant.

8. Astro Lounge: Clearly, this swanky bar would be fronted by all of the remaining members of the (surprisingly) successful '90s band Smash Mouth. We're not sure how many are left this side of the Shrek soundtrack, but we're sure they'd provide "All Star" service.

7. The Dark Lord's Lair: If your dream is to dine at Hogwarts, grab your Firebolt and go somewhere else. We suggest Orlando, because there's already a Harry Potter theme park there. Our restaurant would be devoted to the most evil character of J.K. Rowling's series. Did you know that along with murder, the dark lord enjoys fine French cuisine? The one drawback to this eatery: The menu items are listed by number, because Chef Voldemort cooks up only dishes that must not be named.

6. The Picnic Cafe: This idea is pretty simple, but we're going to throw it out there anyway: Picnics are fun, but ants are annoying. All we would need to successfully start this chain is some AstroTurf and gingham.

5. The Maneater: Make no mistake -- this isn't a Hall & Oates-themed restaurant. (But that might be fun, also.) We all know there's a certain appeal to picking your meal, whether it's a lobster in a tank or some shipwrecked sailors. Paying homage to the "Most Dangerous Game," we'd like to hunt some humans.

4. The Dining Dead: In keeping with the whole "eating humans" thing, did you hear about that Rapture that didn't happen in May but will definitely happen in October? We heathens should really start prepping for whatever is going to happen when God smites us, and we have to face the fact that it could involve some zombies. Feast on food made to look like human brains. (Oddly enough, the fare's made of tofu.) Cons? Well, the restaurant only plays Rob Zombie tunes, and all the reservations have to be made 28 days later.

3. Spaced Out: St. Louis' premier outer space-themed food truck (painted to look like a rocket ship) is the easiest way to satisfy your childhood dream of becoming an astronaut. It only serves Tang and freeze-dried ice cream, but what it lacks in variety it makes up for in "atmosphere." Plus, space is just cool, OK?

2. Life's a Circus: Everybody loves a circus! Dishes include gourmet takes on popcorn and peanuts, but don't fret: There are no smelly elephants or Robert Pattinson.

1. A Whale of a Time: Ever wonder what it's like to be Pinocchio or Jonah from the Bible? St. Louis' finest seafood dining experience takes you inside the belly of a whale to enjoy some kelp. There's nothing more meta than eating inside of something that's already eating you.