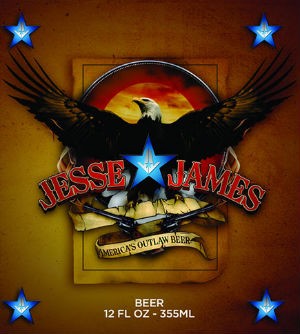 Any guy who calls himself Jesse James has got to be a badass, right?

(Or a dumbass, if you don't particularly respect bank robbers, murderers, high-end motorcycle moguls and adulterers)

You know, the home of the original Jesse James.

The unfiltered wheat beer is sold all over Kansas City, and is served at Full Throttle Saloon in biker heaven Sturgis, South Dakota. Dupree also produces and stars in "Full Throttle Saloon", a reality show on Tru TV about the bar.

Is this the kind of mayhem we can expect with Dupree's beer in town?