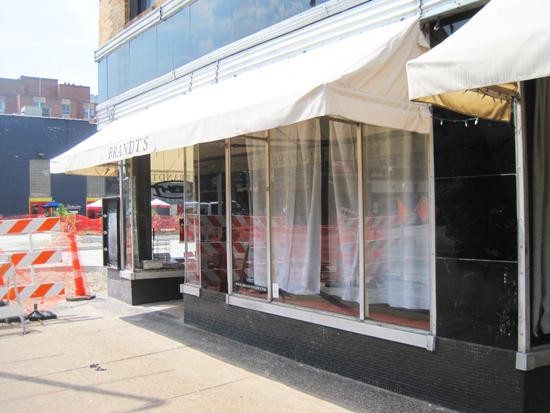 The Loop has been declining steeply over the past two years, and has only gotten worse in recent months

"thank you for your years of patronage, we are grateful for your friendships and memories ...."

A St. Louis Business Journal story from June of last year noted that, at the time, Brandt was trying to sell the restaurant.

More as I learn it.

Update: (Monday, June 6, 11:40 a.m.) As you can see from the comments below, the "declining steeply" comments about the Delmar Loop has prompted some reaction. When I checked the Brandt's Facebook page today, I saw that the message quoted above has been deleted and replaced with this:


Goodbye! Thank you for our over 25 years in the Delmar Loop...it's been a hell of a run! Thank you for your patronage, the great music and the memories