The Hangover Part Two and Bangkok Noodles from Pearl Cafe 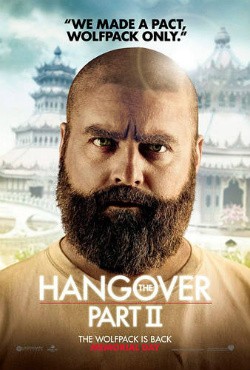 The Hangover Part Two finally answers all those questions The Hangover left puzzling moviegoers: "Will the guys keep in touch with Alan (Zach Galifianakis)?" "Is Stu into transsexuals strippers?" And most importantly, "Would it be funny if the exact same thing happened again in two years?"

Sequels are, arguably, awful as a rule. Luckily for all of the people getting richer off of the success of Part Two (grossing $86.5 million opening weekend), they tend to work a little better when the original is an outrageous, dudely, booze-and-boobies-fueled comedy bromance.

With this in mind, Gut Check set out for dinner and a movie, beginning with - what else? - roofies Bangkok Noodles before strolling back across town to the Hi-Pointe for a busy opening night show.

Pearl Café (8416 North Lindbergh Bouldevard, 314-831-3701), known for its Spicy 100 Challenge, is one of the best places in town to enjoy a dish spicy enough to make you sweat like your wife just found out what you did that one night in Bangkok. Plus, chef Scott Truong knows how to turn up the heat without killing the flavor.

While Gut Check was only so brave as to order spicy level 5 Bangkok Noodles, we were lucky enough to witness a crazy person gentleman tackling the 25 challenge in the form of a stir fry. Basically, one starts with the level 25 -- if the challenger can complete the dish (which entails drinking any remnant sauce and licking the plate clean) in 45 minutes, they may move on to level 50, level 75 and on to the 100. No steps can be skipped, and at the 75 and 100 levels, the challenger is allowed only two glasses of water to aid in the pepper consumption.

After watching this fella, we felt a bit silly for sweating over our level 5, which was accompanied by approximately seven glasses of water. 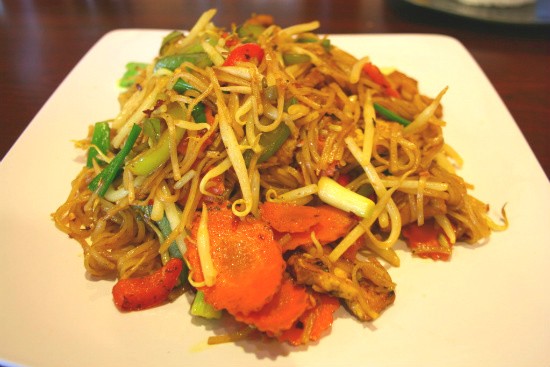 The Bangkok Noodles (rice noodles with carrots, green onions, bean sprouts, green and red peppers with spicy yellow curry) definitely had kick, but the vegetables and sauce maintained their flavors, and the leftovers were just as tasty when wolfed down after the film.

The Hangover Part Two was, well, The Hangover, part two. The plot was nearly identical: bachelor party gone awry due to Alan (Zach Galifianakis) and his penchant for drugging the ones he loves. Unrelenting chaos ensues with awful tattoos, a drug mule monkey, sexually ambiguous strippers and lost minors, leading ultimately to a rather happy, bromantic ending where they again flip through photos of the previous night's insanity.

Intellectually stimulating it is not; entertaining, it definitely is. Laughs and quotable one-liners abound. Galfianakis turns a character that could very easily be annoying and unbelievable into one that's lovable, endearing and moderately believable. If you liked The Hangover, you'll love its sequel; if the sequel makes Bangkok seem appealing, we recommend you give the noodles of the same name a shot before you venture to Thailand. After all, once Bangkok gets a hold of you, you belong to her.