Ericka Frank of the Cakery and the Cup

This is part one of Chrissy Wilmes' Chef's Choice profile of bakery chef Ericka Frank of the Cakery. Part two, a Q&A, can be found here, and part three, a recipe from Frank, is here. 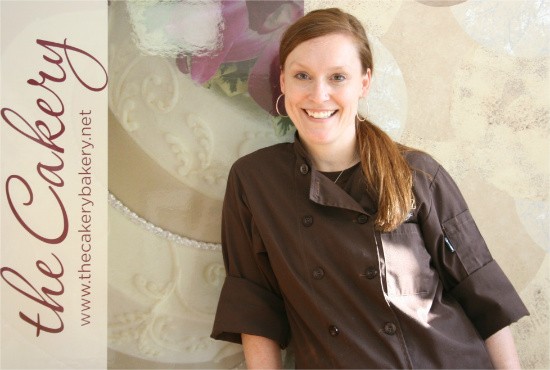 Most people wouldn't hire a 14-year-old to bake and decorate their wedding cake. Of course, most 14-year-olds aren't born cake decorators like Ericka Frank, owner of The Cakery (1420 Tamm Avenue, 314-647-6000). Frank was and is a born artist, using cake, fondant and buttercream as her medium. Her mastery of the craft began so early that she did, in fact, complete a wedding cake at age 14.

"A couple from our church was having a small wedding. I had been decorating cakes for about two years, and I was thrilled at the opportunity. I was so excited."

This is an impressive feat not only because of her youth, but also because of the intricacies that were popular at the time. "It had pillars and pink flowers. I am 37 years old now... [that was] a long time ago. Cake styles were totally different. Pink roses [made] out of buttercream were a lot more stylish then than they are now."

Beginning with that first taste of commercial baking, Frank began dreaming of owning her own cake shop. She cut out pictures from magazines and kept a scrapbook of her favorite cakes. in 2005, this childhood obsession manifested in the Cakery and, eventually, in the Cup as well.

Whereas the Cup focuses more on adventurous flavor combinations, the Cakery puts a greater emphasis on the decorative side of baking, with elaborate, innovative designs -- that innovation is what's made the business a success, and has kept Frank and her team immensely busy this wedding season; last weekend alone, the Cakery was baking for ten weddings.

Despite having so much work to do for such high-stress occasions, Frank keeps her cool. "We have no problem getting the cakes done. Getting them where they need to go when they need to get there is the most stressful part. Especially during the hot weather in the summer months. It's really difficult, because buttercream likes to melt. It's made of butter!" This in mind, Frank has a simple solution: "It just requires more than one team when we have a really heavy wedding weekend, and we always have a cake decorator going on the deliveries because we put our cakes together on-site."

Frank treats each cake with exquisite care and uses the business as an outlet for her creativity. When asked if she's artistic in any other media, she replied, "buttercream is my only medium. I always tell clients, 'Do not base your thoughts of your cake on my preliminary sketch! It will look much better!' My artistic outlet is food."