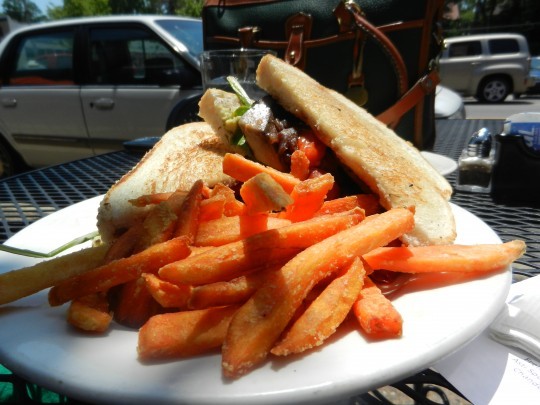 Last October, when Riddles closed for "vacation," never to reopen, we were bummed. The Delmar Loop watering hole had a dive-bar vibe, along (surprisingly) with a well-executed menu of eats -- and it was right across the street from the RFT office. That's the bar trifecta as far as we're concerned.

But we needn't have been so pessimistic. A few weeks ago, a new bar with some of the same management opened in the same spot. Riddles is now Three Kings Public House. And while the place is significantly spiffier, it's lost none of its pub ambiance. The only difference is that now, it actually looks like a place in which you'd want to eat.

And the food, we're pleased to report, is worth eating. In fact, based on our initial visit, we'd recommend it without hesitation.

The menu offers a choice of sandwiches, salads and appetizers in the $7 to $10 range, with some more expensive "entrees" also available. Bonus: Those prices quoted above include one side, and unlike a lot of bar-and-grills we've dined at, they didn't demand an extra $2.99, or an extra anything, for a side salad. Fries, salad, sweet-potato fries -- it's all the same to Three Kings.

So we tried a portabella sandwich with sweet-potato fries. Both, we're pleased to report, were to die for -- the fries were moist on the inside and crisp on the outside; clearly not products of a freezer bag. The portabella, meanwhile, had been cubed and then grilled to perfection, with incredibly fresh-tasting sweet tomatoes and carmelized red onions mixed in. 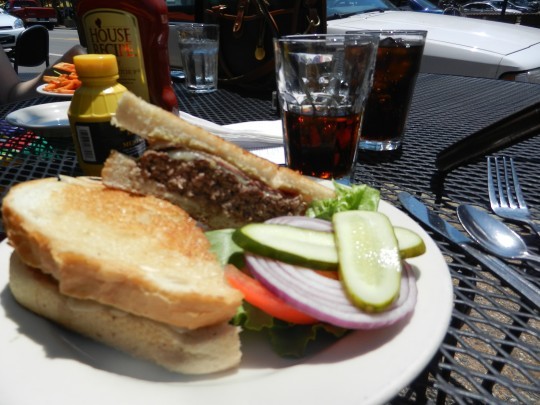 The Cuban sandwich wasn't what we were expecting. We'd failed to notice that it was in the "burger" section of the menu, so it wasn't the usual pile of tangy ham, cheese and pickle -- it was burger with a thin slice of both ham and cheese on top, with a pickle on the side if we wanted to add it. (We did.) Despite our initial misgivings, we decided to give it a try, and we're glad we did: This was an above-average burger, juicy without even a hint of bloodiness, served on toasted sourdough bread that was thick enough to hold our burger together but thin enough not to dominate it. This is definitely a burger we'd order again.

And about that side salad. We can't say enough nice things about this one. On it were more of those tasty little sweet tomatoes. And, since we ordered the house dressing, a spicy vinaigrette, it also came studded with slices of fresh jalapeno. Lucky us!

They've kept the same handsome dark-wood bar that was at Riddles, so you can still do some serious drinking here. (Believe us, we intend to.) But if you're kind of drinker who also appreciates a perfectly plucked cherry tomato, or a good burger, or grilled veggies on really good toast, this may well become your home away from home. It may be ours, too.