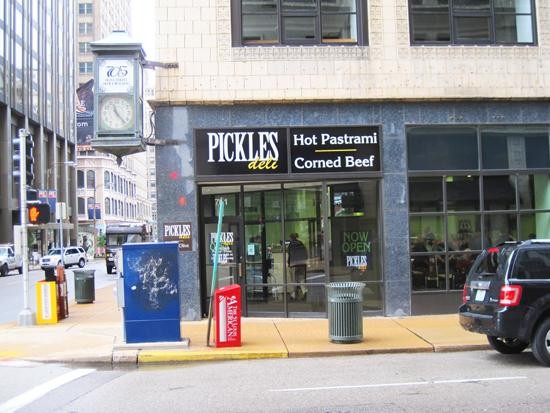 Gut Check reported in February that Pickles Deli was planning to open a second location, after the original in the Central West End, at 701 Olive Street downtown, in the location last occupied by Teutenberg's. The downtown location is now open. Word must be traveling quickly: It was before 11:30 this morning when I snapped the photo above, and the place was already doing a brisk business.

As co-owner Sean Olson told us then, the downtown menu has the same sandwiches as the Central West End Pickles, but it also offers breakfast sandwiches, reflecting its earlier opening time. The new location is open 7 a.m.-3 p.m. Monday through Friday and is closed on Saturday and Sunday.