Miguel Carretero of Guido's: Recipe for Bacalao a la Vizcaina

This is part three of Deborah Hyland's Chef's Choice profile of Miguel Carretero of Guido's. Part one can be found here. Part two, a Q&A with Carretero, is published here. 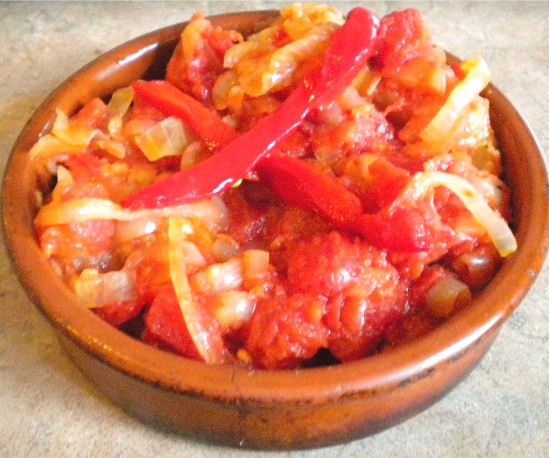 Tapas have become quite trendy over the past decade, often to their detriment. At a traditional tapas bar in Spain, the menu often includes simple seafood dishes, like this recipe for salt cod in a red pepper sauce. Guido's recipe calls for Spanish piquillo peppers, which are a bit spicier than roasted red peppers. They can be purchased in jars or cans from stores with an imported foods section. "Vizcaina" refers to Biscay, a Basque area of Spain.

Preheat oven to 450 degrees. Lightly salt cod; cut each loin into two or three pieces and dust with flour. Heat olive oil over medium heat in a skillet. Cook cod until lightly browned on each side, about two minutes per side. Transfer to a baking dish and set aside.

Strain olive oil from skillet, wipe skillet clean and return oil to pan. Add onion and cook until translucent, about 5 minutes. Add tomato and cook until liquid has reduced. Add salt and pepper to taste. Pour tomato mixture over cod.

Bake, uncovered, for 15 minutes. Before serving, top with 2 or 3 strips of piquillo pepper or pimientos.